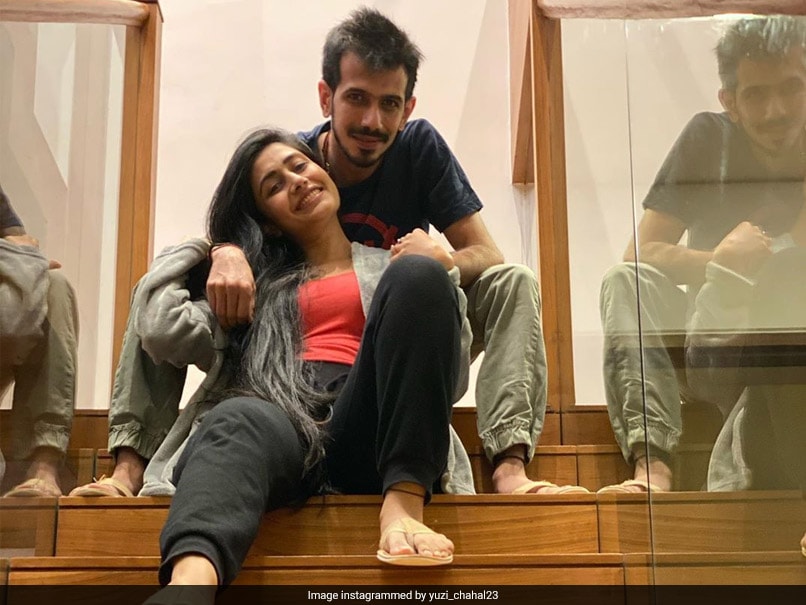 
Yuzvendra Chahal has moved on from cheeky videos to cute pictures with his fiancee Dhanashree Verma, who is an online content creator herself, since the couple got engaged in August. Chahal on Thursday took to Instagram to share a photo with Dhanashree, where the two can be seen sitting on a staircase, all smiles. “I’m wearing the smile you gave me,” he captioned the picture, along with a heart emoji. “You’re welcome,” she responded on the photo and added “keep smiling always.”


Dhanashree Verma was recently seen jumping and dancing in front of her TV, after Yuzvendra Chahal was given the man-of-the-match award in Royal Challengers Bangalore’s opening match of Indian Premier League (IPL) 2020 against SunRisers Hyderabad for his figures of 3/18.

“Here’s to our first match together,” she captioned her post.

Chahal had taken to Instagram in August to announce his engagement to Dhanashree.

Sharing pictures from their engagement ceremony, Chahal wrote: “We said “Yes” along with our families.”

Chahal is currently in the United Arab Emirates (UAE) for this year’s IPL.

After Chahal’s heroics won them the match against SRH, they were hammered by Kings XI Punjab, with their captain KL Rahul scoring a massive century.

RCB then came back against rivals Mumbai Indians, in a dramatic match that was decided by a Super Over.

Chahal has picked five wickets this season so far.

RCB will next take on Rajasthan Royals as the Sheikh Zayed Stadium in Abu Dhabi.