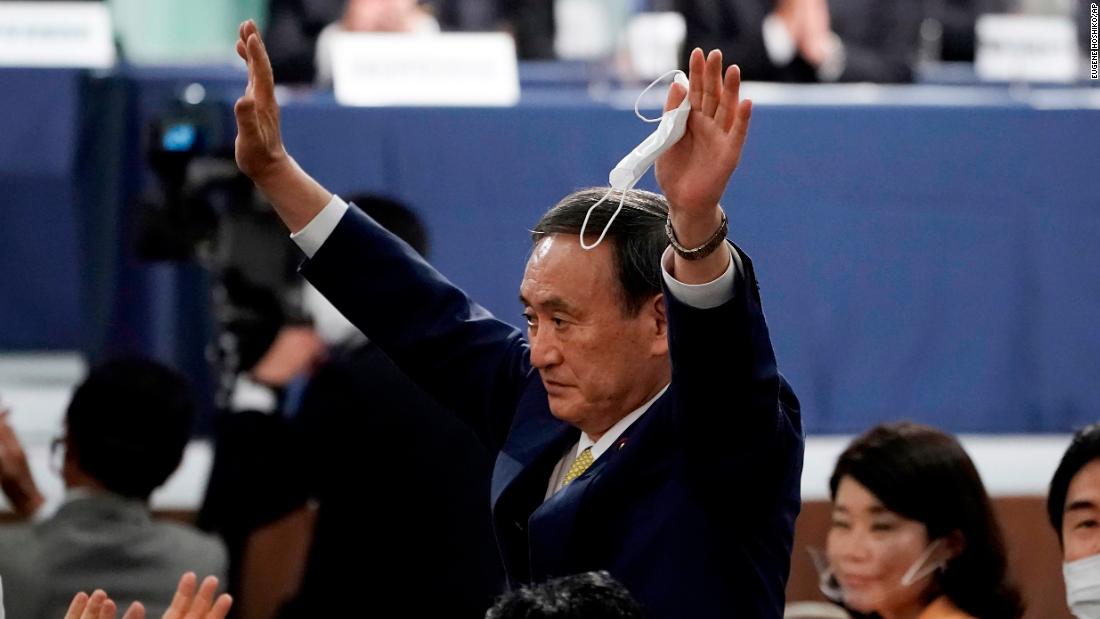 The 71-year-old head of the ruling Liberal Democratic Party (LDP) replaces outgoing leader Shinzo Abe, Japan’s longest-serving Prime Minister, who announced his intention to resign in August due to health problems related to colitis — a non-curable inflammatory bowel disease that he was able to manage for most of his tenure.

Suga was elected LDP leader on Monday with about 70% of the votes, but he still required the backing of the country’s national legislature, the Diet, before he could officially become Prime Minister.

The new Prime Minister will next announce his cabinet line up, which is expected to include a large number of former Abe appointees, before being sworn in by Emperor Naruhito at the Imperial Palace in Tokyo on Wednesday afternoon.

The appointment of Suga as Abe’s replacement isn’t surprising. Suga was the former Japanese leader’s right-hand man during Abe’s almost eight years in office throughout his second term, holding the important position of chief cabinet secretary in his government — a combination of chief of staff and press secretary.

Suga is known as a successful political operator, who can get things done, and worked hand-in-hand with the former leader to implement “Abenomics” — a series of economic policies designed to boost Japan’s flagging economy.

In fact, Suga is so closely tied to the former Prime Minister that Kazuto Suzuki, a vice dean and professor of international politics at Hokkaido University, described him as an “Abe substitute.”

Freshly installed in Japan’s top job, Suga is already facing several significant challenges. Although a second wave of coronavirus infections in the country has been mostly brought under control, the disease is still causing major disruptions to the local and global economy.
In August, Japan reported its worst GDP fall on record amid the global pandemic, with the economy shrinking 7.8% in the second quarter of 2020.
Tokyo is still scheduled to hold the delayed 2020 Summer Olympics in 2021, although questions remain around whether or not the global pandemic will have been brought under control in time.

Japan is also facing major long-term economic and social issues, such as massive government debt and an aging population. Despite Abe’s public calls for reforms for gender equality in the workplace, critics say not enough progress was made during his time in government.

Suga will also face a referendum on his new government sooner than he may have liked. The Prime Minister must hold another general election by October 2021, although Defense Minister Taro Kono said Wednesday that snap elections could be called as early as next month.

CNN’s Emiko Jozuka, Joshua Berlinger and Will Ripley contributed to this article.

Muse Asia to stream In Search of the Lost Future.

7 Anime titles to simulcast on Muse Asia this Fall 2020.