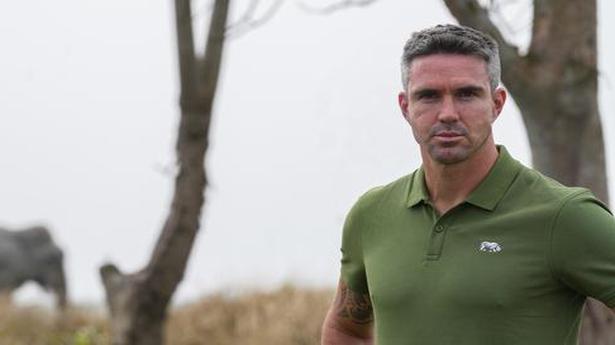 The cricketing icon talks about his collaboration with National Geographic on ‘Save This Rhino: India’, and why the country is a global leader in rhino conservation

Kevin Pietersen has been described by many in international cricket as the one of the most complete batsmen to have ever graced the game. Prior to his retirement, the England right-hander set many a stadium alight and wowed international audiences with his mastery of the sport. Now, the 40-year-old has brought similar poise and perseverance towards batting for another cause dear to him: saving the Indian rhino.

Animal conservation isn’t something that’s new to Kevin; in 2018, he even established a luxury resort in South Africa, which is both a retreat and a means to spread awareness on endangered species in the country.

But his love for rhinos began in the early 2010s, when fellow cricketer and rival Graeme Smith took him to Kruger National Park to take part in a rhino tagging exercise. Over the years, Kevin began to take a more active interest in fighting to save the fascinating animal from poaching for its horn and habitat loss globally — which led to him founding the charity called Saving Our Rhinos Africa & India (SORAI).

Now, Kevin has turned his efforts to focus on the Greater One-Horned Rhinoceros in India. Collaborating with National Geographic, he stars in the docu-series Save This Rhino: India, which was shot in Kaziranga National Park. Kevin’s incredible two-week journey —along with several local schoolchildren who accompany the cast —is documented in the two-part show.

Talking to us from Dubai where Kevin is present to commentate on the ongoing Indian Premier League, the sporting icon is his classy and composed self as always —but his motivation for the project shines through zealously.

Excerpts from an interview:

Was there a particular incident in the past that prompted you to become an ambassador for the rhino?

It was sometime in 2013. I was in South Africa, and spending a weekend in those gorgeous plains along with a team putting in efforts to microchip rhinos. During this activity, we came across an elephant that was snared and struggling, and we worked to rescue the animal.

This raised a lot of questions in my mind about poaching and illegal trade, and I promised myself that I’d commit myself to stop all this garbage. I’ve been banging the drum on this ever since!

Since I retired from cricket, I have had a lot of time to focus on this, and I discuss my schedule with my family so I can travel and work accordingly.

After watching ‘Save This Rhino: India’, what do you want the takeaway to be for audiences?

The docu-series is a story. A story about the beauty of Kaziranga National Park, the fabulous people who live alongside the animals, the technology that we launch in the area to help the animal-human conflict, the Brahmaputra river that floods every year and the disastrous consequences to it — and most importantly —why India is among the global leaders in rhino conservation, the work that’s been put behind achieving this, and how the numbers are flourishing.

I want people to see, hear and understand how magnificent India is, how colourful the surroundings are and how engaging the story is.

A lot of the younger generation — be it in sport or otherwise —look up to you as an inspirational figure. How would you like them to react to your project?

I want them to help me on my crusade on saving the rhino, and continue and create awareness about illegal wildlife trade. We are in the middle of a pandemic at the moment because we haven’t protected our planet. I’m dead against ruining our planet like how we have done it in the past; we don’t have to get rich by destroying it. We need to enjoy, respect and love the peacefulness and emotional connection we can have with it: from the great plains of Africa and its deserts to North east India and the oceans.

I definitely believe that if you have a voice that can make a difference, then you’re duty bound to exercise it. You have to pick a cause — any cause — and speak up.

Finally, are you excited that the IPL is back?

I’m in Dubai at the moment, and will be here for a month, commentating on all the matches. I’m so glad that cricket is back again, and can’t wait to get started!

Save This Rhino: India featuring Kevin Pietersen is premiering on World Rhino Day, September 22, at 1 pm & 9 pm on Nat Geo Wild. The film will also be available on Disney+ Hotstar VIP