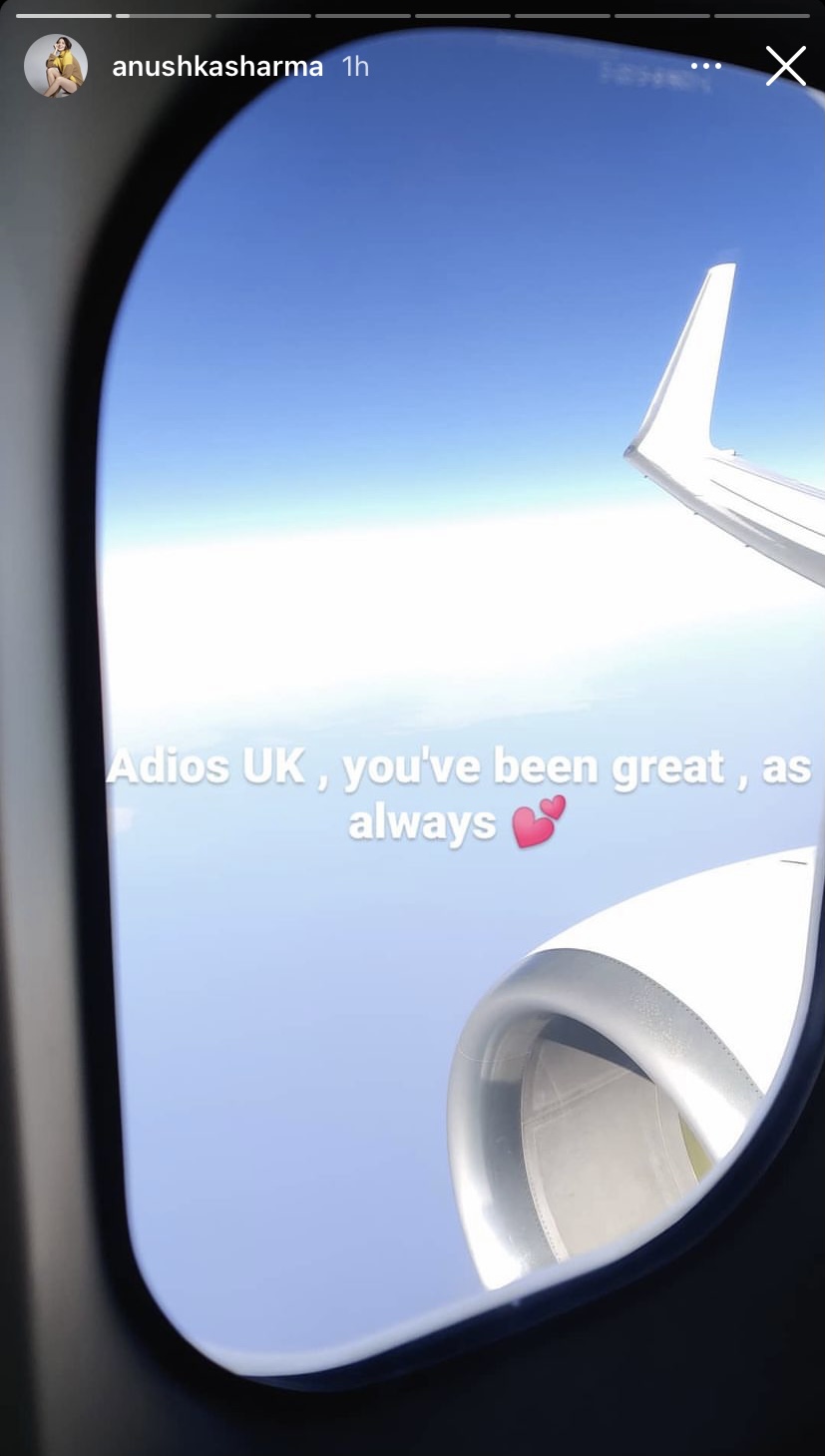 After spending almost two months in the United Kingdom, Anushka Sharma along with her husband and Indian cricket team captain Virat Kohli and their daughter Vamika landed in Dubai on Sunday (September 12) ahead of the resumption of the Indian Premier League (IPL) 2021.

Anushka took to her Instagram to share snippets of her journey from the United Kingdom to Dubai. Anushka posted a snap from inside the airplane on her Instagram story with the caption, “Adios UK, you’ve always been great, as always.”

She then shared another photo with the caption, “We are here! Dubai,” and tagged Royal Challengers Bangalore as well. The actress had shared a snap of a wall which had ‘Royal Challengers’ and ‘we are challengers’ written on it.

The couple is staying at the Ja Lake View Hotel in Dubai where they were welcomed warmly by the staff. Anushka shared a collage that showed two plates of dessert covered with a glass lid. While one consisted of pictures of Anushka and Viat, the other had a black court of Virat Kohli and his bat. Anushka’s collage also showed a bunch of towels arranged neatly in their room. She shared it with a heart sticker.

Anushka, Virat arand Vamika flew to the UK in July for the India Vs England matches. Anushka had a gala time and travelled to several places with her buddies Athiya Shetty, Pratima Singh and others. The couple also visited restaurants and photos from their outings surfaced on social media.

In the UAE stint of IPL 2021, the Rohit Sharma-led Mumbai Indians is set to go against MS Dhoni-led Chennai Super Kings for the opening match that kickstarts on September 19. Virat Kohli will be leading his team Royal Challengers Bangalore. As per BCCI directions, players coming from the UK will have to observe a mandatory quarantine of six days.