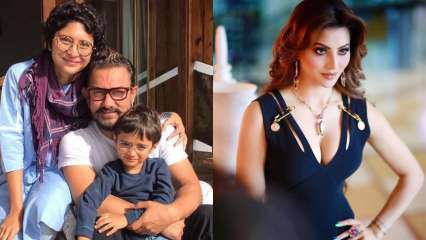 Bollywood star Urvashi Rautela has been taking over everyone’s heart with her pictures on social media and at the same time inspiring the audience with her work ethic and dedication. Bollywood’s superstars Aamir Khan and Kiran Rao on July 3 announced their divorce after 15 years of marriage. The news of both getting divorced has already put the B-town industry in shock. Many celebrities and well-known faces have given their opinion on it.

Recently when Urvashi Rautela was asked to give her opinion on this issue she replied that she won’t be saying anything on the matter as it belongs to Aamir and Kiran’s personal life and she doesn’t want to interrupt anyone’s privacy. After the news of Aamir Khan and Kiran Rao’s divorce, the internet has been abuzz with people weighing in on the matter. Meanwhile, Urvashi Rautela’s reply on Aamir Khan and Kiran Rao’s divorce is winning the internet. Netizens appreciated the way Urvashi respected their personal life and didn’t pass any comment on the matter.

Take a look at the video-