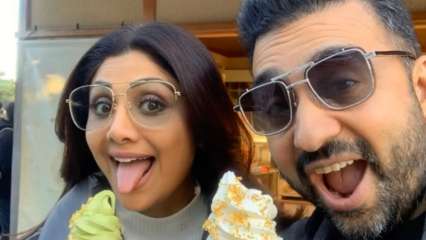 Actress and fitness enthusiast, Shilpa Shetty’s husband Raj Kundra was arrested last month by the Mumbai Crime Branch on July 19 in a pornography racket. Shilpa on Sunday (August 15) made her first virtual appearance since Raj’s arrest.

The ‘Hungama 2’ actress made a virtual public appearance for ‘We For India: Saving Lives, Protecting Livelihoods’, a global digital broadcast expected to raise over Rs 25 Crores for COVID-19 relief in India, organised by The World We Want (WWW), founded by Natasha Mudhar.

In her segment, Shilpa spoke about how important it is for oxygen to reach the brain cells properly and also demonstrated breathing exercises. As per a News18 report, she was quoted as saying, “We are living in a time when everything is dependent on breathing. It is through breathing we can protect our entire system. If your nasal passage is clear, oxygen can reach brain cells easily which will lead to a better immunity.”

Talking about positivity and how to overcome negative emotions, Shilpa said, “It is natural to have negative thoughts during tough times but to control those emotions, it is important to control your breath. This is why to remain positive and improve your breathing, ‘pranayam’ has become more important.”

Meanwhile, Shilpa Shetty also extended wishes to her fans on the occasion of Independence Day. The actress shared a video of the rotating chakra with the national flag and wrote, “Wishing all my fellow Indians around the world a very Happy Independence Day.”

Raj Kundra was arrested by police on July 19 along with 11 other people on charges related to the alleged creation of pornographic films. On July 25, police had informed that four employees of Kundra have turned witnesses against him in the pornography racket case.