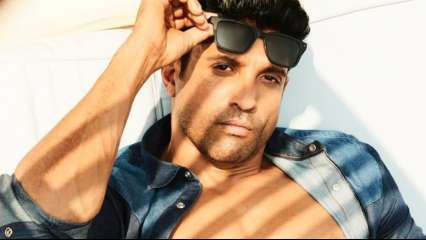 Farhan Akhtar has recently opened up about his will to direct again. In an interview with Pinkvilla, he mentioned that maybe he might get back into direction soon.

He said “I will. I have full intentions to direct films again. You never know, very soon. Maybe the next time we speak we might be speaking about something related to that. I am very touched by the fact that you appreciate my work as a director, and I feel I do owe that side of my work and my career again to people as well. I do look forward to directing, and hopefully, we will chat about that soon,”

When asked about speculations of Dil Chahta Hai 2 and Don 3, he said, “No, not currently. Dil Chahta Hai 2 very rarely do I get asked about, Don 3 I am constantly asked about. But at the moment, no. Right now I have a certain focus on the stuff that I am intending to do, and of course time will come for me to talk about it more openly. But they don’t feature,” adds the actor-filmmaker-singer

While Rakeysh Omprakash Mehra’s Toofaan, starring Farhan Akhtar, is one of the year’s most anticipated films, fans of the latter can’t wait to see Akhtar in the director’s chair once more. Farhan made his directorial debut in 2001 with Dil Chahta Hai, starring Aamir Khan, Saif Ali Khan, and Akshaye Khanna, and was followed by Lakshya, Don, and Don 2, the latter of which was released in 2011.