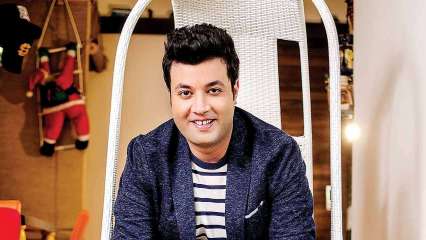 Varun Sharma is eagerly awaiting the release of his web show, SonyLIV’s ‘Chutzpah’ as it marks his debut in the OTT space. The actor has been receiving huge accolades for his lovable character in the show who is in a long-distance relationship with his on-screen co-star Tanya Maniktala.

“Working on ‘Chutzpah’ was like a homecoming because I have had a long association with Mrighdeep Lamba (co-writer of the show and concept creator) and producer Dinesh Vijan. There is a lot more than what you saw in the trailer, which you will be able to feel and get connected to it.”

Spilling the beans on his personal life, the actor states, “I have not had a long-distance relationship in a long time but I have had one when I was in college. I think it has its own charm and pros and cons. In my personal opinion, you just cannot compare it with the physical bonding, catching up with your loved one in person, going out for coffees and dinners. That feeling is just unmatchable.”

“I always had this thing in mind that how do people manage long-distance relationships. I got a slightly better understanding of it after working on the show. I have heard a few good and bad incidents from my friends and their personal experiences. My character is in a long-distance relationship. As an actor, I had to live that feeling on screen. It was again an experience that I have not explored on screen till date,” Varun adds.

Living up to the title, the new-age web show highlights the relevance of the internet and social media in everyone’s life, which has caught the fancy of the viewers. An out-and-out entertainer, ‘Chutzpah’ will premiere on SonyLIV from 23rd July.