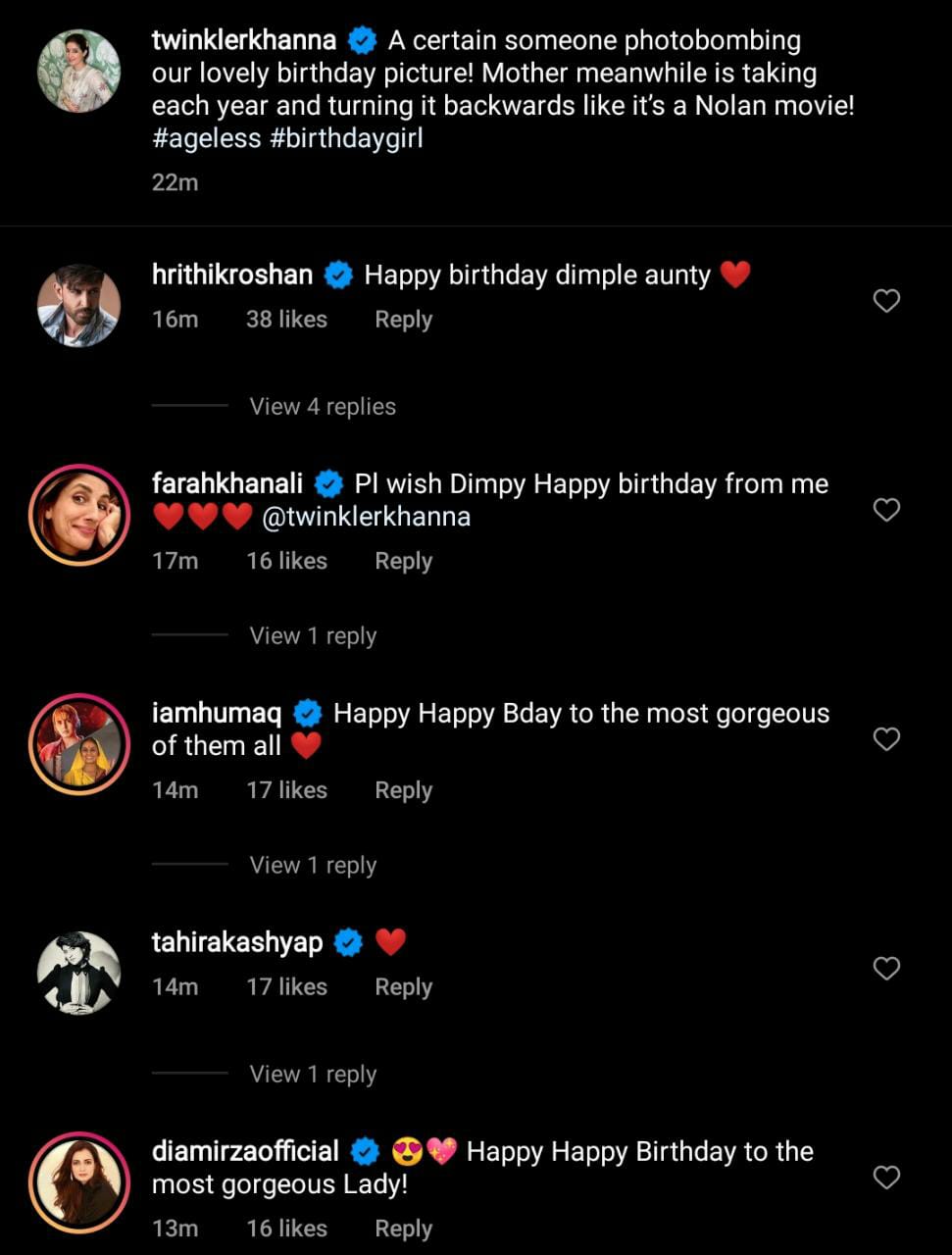 Veteran actor Dimple Kapadia celebrates her birthday on June 8 and has turned 64 this year. On the occasion of the same, the actor’s daughter and writer Twinkle Khanna took to her Instagram page and wished her mum. She posted a photo posing with Dimple which is photobombed by none other than Akshay Kumar. Twinkle also showed her funny side while wishing her mother by giving a ‘Nolan’ twist.

Twinkle’s caption read as “A certain someone photobombing our lovely birthday picture! The mother meanwhile is taking each year and turning it backwards like it’s a Nolan movie! #ageless #birthdaygirl.”

Twinkle shares a very cool and quirky relationship with her mother Dimple and so does Akshay. Earlier on Koffee With Karan, the ‘Mela’ actor had narrated an incident of talking to Dimple about her plans to marry Akshay.

She had said, “So, my mother and I are sitting together on the couch and he’s sitting opposite. My mother’s friend was there and he’s doing acupressure for her back or something. So my mother says, ‘I have to tell you something.’ So, I said tell me. ‘No, no after he goes.’ But when I insisted, she said that one of our friends was doing a piece on a gay newspaper that says that Akshay is gay. So, I almost fainted.”