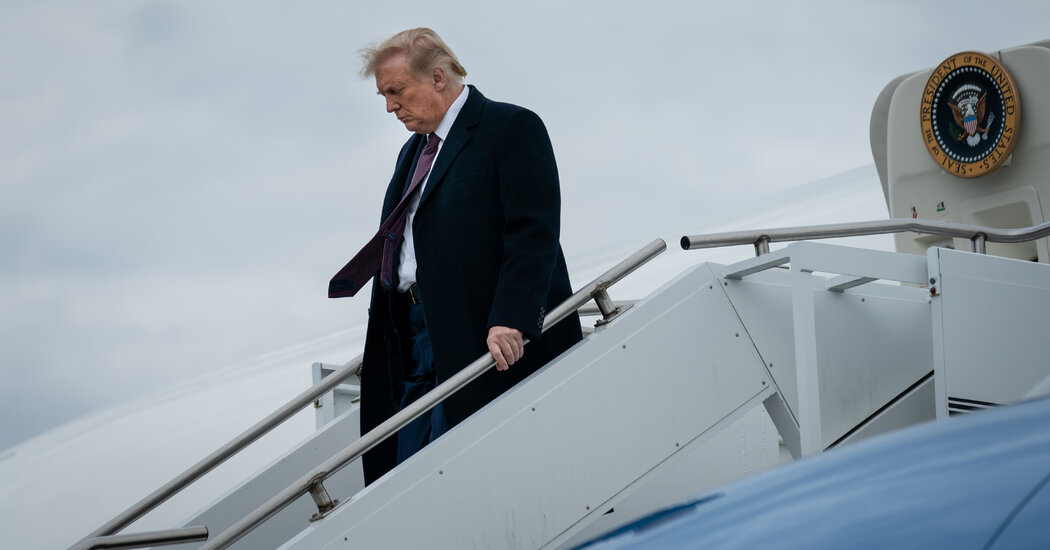 After the coronavirus shut down the country in March, though, Mr. Trump finally ran headlong into a foe that could not be attacked, ignored or fully overwhelmed with his usual tactics.

Yet that did not stop him from trying to effectively will it away. Not only did he repeatedly predict that the virus would fade on its own, he has also consistently minimized the threat, prodding states, schools, businesses and even athletic teams to return to normal.

Some Republicans hoped his ill-fated June rally in Tulsa, Okla., when he couldn’t come close to filling the arena and some of his own staff members got the virus, would serve as a wake-up call.

But while the event put an end to his rallies for a period, it did not make Mr. Trump more sober about the threat of the virus.

The president restarted the rallies during the Democratic convention in August. The events have been mostly, but not always, outdoors. Yet his supporters, journalists, White House staff members, security workers and others are around one another for hours at the rallies. And many of those who attend, including Mr. Trump and members of his staff, do not wear masks.

Not only has he defied the advice of his health advisers on masks, he has also repeatedly mocked the practice, putting him out of step with the majority of the country and even some in his party. Forty percent of Republicans said in a New York Times/Siena College poll last month that they supported a nationwide mask mandate when social distancing is not possible.

Other G.O.P. leaders, including Senator Mitch McConnell of Kentucky, the majority leader, have repeatedly highlighted the importance of masks and have been careful to wear them inside the Capitol.

The same survey, along with ones taken in battleground states, also indicated that a majority of voters disapproved of Mr. Trump’s approach to the pandemic and trusted Mr. Biden to do a better job handling the situation.