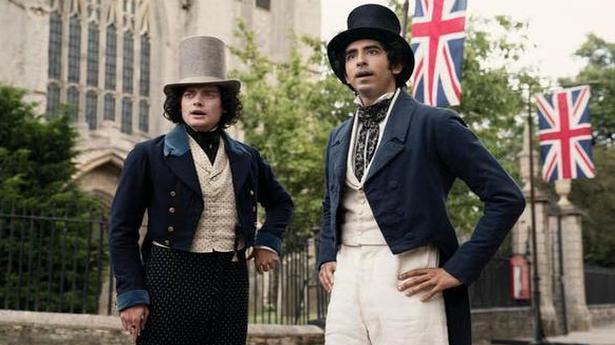 Will the new Oscar guidelines make Hollywood a more inclusive industry? Only time will tell

April Reign is irritated. It’s early 2015, and the Oscar nominees for the year have just been announced. The Washington, D.C.-based lawyer, appalled at the stunning lack of diversity in one of the most prestigious entertainment industry awards, tweets: ‘#OscarsSoWhite they asked to touch my hair.’ It sets off a cultural firestorm, perhaps the largest in the decade, with actors, audiences and activists everywhere calling for fair representation and greater inclusion.

Five years later, September 2020. The Academy of Motion Picture Arts and Sciences has just released a set of diversity guidelines that films must follow to compete in the Oscar Best Picture category from 2024 onwards.

The new rules address the issue of adequate representation of gender, race, sexual orientation and disability, asking films to meet the criteria in at least two of four areas: on screen; behind the camera; studio/ distribution level; and audience development. With this move, the merit vs. tokenism argument re-surfaces.

But other questions arise. Is including author J.K. Rowling and rapper Kendrick Lamar in Academy membership the solution? When I questioned the standing of actor-influencer Issa Rae, a friend retorted: “There are tons of atrocious white actors. Why do people of colour have to be excellent at everything we do? It’s exhausting and unfair.” But if we are aspiring for institutional change, shouldn’t we raise the bar?

Perhaps #OscarsSoWhite’s largest outspoken constituency has been the African-American community. Prior to 2015, there was a sparse number of commercially and critically successful Black-centric films — The Help, Hustle & Flow, 12 Years A Slave, The Butler. The post-2015 period saw a dramatic rise in such films, with the theme recurring in political documentaries (13th, I Am Not Your Negro) and historically-influenced films (Mudbound, Marshall, Detroit, The Banker, Harriet).

Recently, there have been new films that share untold stories in the U.S. (Hidden Figures, Dolemite Is My Name, Just Mercy) and in Africa (Queen of Katwe, The Boy Who Harnessed the Wind, Beasts of No Nation). This

re-drew the boundaries of the ‘black experience,’ featuring a mix of sensual cinematography and complex characters meant to defy stereotypes: families in crisis (Waves, Fences, Native Son), romance (Loving, The Photograph, Southside with You, If Beale Street Could Talk), black comedy (Sorry to Bother You, BlacKkKlansman) and the unconventional (The Last Black Man in San Francisco, Monsters and Men, Minding the Gap).

“In blackness, hope is often complicated by the intrusion of death, bloodshed, depression, incarceration, grief, brutality,” writes Carvell Wallace in The New York Times Magazine, evoking memories of George Floyd’s death and the corresponding protests. “It is first and foremost about loving black people… when we are angry, when we are frightened, when we are kind and when we are hurting. It is easy to love us when we are dead, our emotions suspended in history like a bug trapped in amber.”

Two stalwarts for diversity in films have been Brad Pitt’s Plan B Productions, and indie film producer A24. A24’s Moonlight (co-produced by Plan B) is widely considered the best film of the past decade, with IndieWire saying it “broadens the potential for black artistry to permeate popular culture in fresh ways”.

The success of Parasite, Roma and Crazy Rich Asiansbroke a “psychological barrier,” as one producer said, echoing reports from UCLA and Creative Artists Agency, that diversity sells. India is making a nascent global mark: Anurag Kashyap’s Sacred Games for Netflix, with its Scorsese-like grittiness, outperformed in the Philippines, Singapore and Korea, feeding an “audience that wants to see something familiar but foreign at the same time,” said the Hollywood Reporter. Mighty Little Bheem was viewed by “27 million households outside of India,” said Netflix CEO Reed Hastings, while the search for an Irrfan Khan-like crossover star — whose untimely demise was mourned internationally — continues.

Despite a shift in the industry, larger questions remain about the line between meritocracy and tokenism in awards. “You can’t vote for an actor because he’s black,” said Oscar winner Michael Caine.

Even as less than 25% of Americans supported #OscarsSoWhite, The Economist noted that Black Americans are 12.6% of the population but make up 10% of the Academy’s acting nominations, a small discrepancy.

Just as organisations develop mission statements, Reign and the #OscarsSoWhite movement must set an objective. Do they want to make the industry more accessible to outsiders? Or attain more Oscar nominees and winners? Or share different stories beyond Hollywood?

Perhaps colour-blind casting could help too. In The Personal History of David Copperfield (2019), producer Kevin Loader trusted audiences’ openness, and chose Dev Patel, of Indian descent. Loader told The Guardian about his choice that he looked for actors “embodying the character as perfectly as possible, regardless of their ethnicity.”

Actor Steve Martin, a frequent Oscar host, when asked how he made it in show business, famously said: “Be so good they can’t ignore you.” Will these new guidelines finally offer people of colour that chance?

The writer is an HR and strategy consultant based in Mumbai.