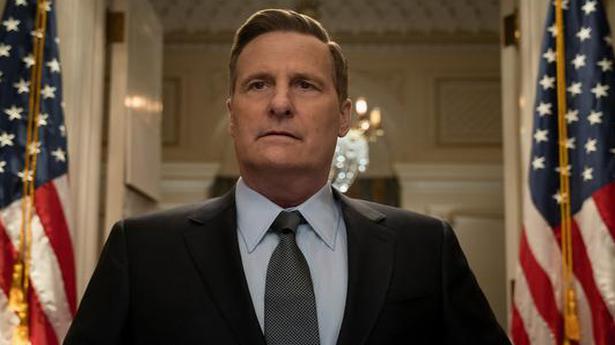 Brendan Gleeson and Jeff Daniels star in this two-part series about the tumultuous relationship between US President Donald Trump and former FBI director James Comey, and the latter’s fall from grace

There are three things about himself that James Comey would like you to know. One, he loves his family very much. Two, the FBI’s integrity means the world to him. And three, duty and morality are the cornerstones of his character.

Here is what you should know about Comey. He is the man who inadvertently helped Donald Trump become the 45th President of the United States, and he is here to tell you his side of the story.

James Brien Comey Jr. may have had an illustrious career prior to his role as the director of the FBI, but he became a household name during the 2016 presidential elections due to his involvement in the Clinton email controversy. Months before the polls, FBI launched an investigation into Democratic presidential candidate Hillary Clinton’s use of a private server for official communication during her tenure as the Secretary of State.

Under Comey’s leadership and unusually public involvement, agents first investigated and exonerated Clinton, before reopening the investigation 12 days prior to the election. Though Clinton was given a clean chit ten days later, it did little to offset the impact the investigation had on the public psyche. The pall of suspicion was already upon her and no one milked it more than Republican nominee Donald Trump who used this as an excuse to coin derogatory terms like “Crooked Hillary,” and justify the chants of “Lock her up”.

In the first of the two-part series, Jeff Daniels as Comey takes us through his rationale behind some of these decisions. In his memoir The Higher Loyalty (on which this series is based), Comey writes that he involved himself in the Clinton case because he assumed she would win the presidential race. This is a recurring theme during the first episode, even as other members of the investigating team point out the unfair standards.

Trisha Anderson (Amy Seimetz), one of the vocal critics of his decisions, specifically confronts him on his “selective honesty,” and for not disclosing that Trump too was under investigation for his connections with the Russians. Comey, of course, has a justification for this, and pretty much everything else. At times, The Comey Rule felt more like an attempt to thumb through a Comey FAQ than a contemporary political drama.

If episode one is about setting the stage, the second is a racy if predictable thriller that begins with Trump’s victory. Brendan Gleeson’s portrayal of President Trump, one of the first in mainstream media, leaves mixed feelings. In profile, Gleeson is a dead match for the leader, with the stocky build, heavy jowl, and the trademark windswept hair, though he does not quite manage to get the voice right. He nails the particular brand of incoherence that Trump is famous for, flitting between topics like a three-year-old on a sugar rush, and walks the tightrope between caricature and reality.

Brendan Gleeson plays the role of US President Donald Trump

But the same cannot be said for the rest of the casting. Kingsley Ben-Adir as Obama is jarring both in appearance and speech, and Joe Lo Truglio as Jeff Sessions leaves much to be desired (fans of Grey’s Anatomy, keep your eyes peeled for a surprise).

Many iconic scenes have been recreated, with pointed dialogues to help us discern Daniels’ one beatific smile from another. In the famous White House greeting incident, for instance, director-writer Billy Ray lingers on Daniels’s attempts to blend into the White House curtains before he is called up to greet the new President. “That’s his ‘Oh, shit!’ face,” says his wife Patrice (Jennifer Ehle), as Daniels walks over and shakes hands with Gleeson.

As far as political dramas go, The Comey Rule checks all almost all boxes. It attempts to provide context to the headlines that dominated U.S. politics for over a year, and is untiring in its efforts to portray Comey as a morally-upright bureaucrat who believed that America’s norms of checks and balances would stand in the way of a President who has little regard for either. Much like Comey’s decisions, this two-part series too is unlikely to satisfy viewers on either side of the political spectrum. To Democrats, Comey’s justifications may be too little too late. I can’t imagine Republicans being thrilled with the depiction of Trump and his cohorts either.

So what exactly is The Comey Rule? An attempt to provide context to headlines? A stab at redemption for James Comey’s decisions? A love-letter to the FBI, or an ode to the institutional pillars that hold up the American democracy? The choice lies with the viewer.

Jeff Daniels on ‘The Comey Rule’, Donald Trump, and learning what ‘apolitical’ meant

Ananya Panday is a ‘hot mess’ in brown bikini, shows off her toned body...