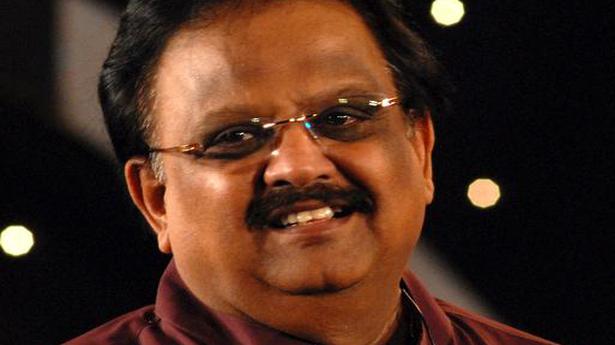 S P Balasubrahmanyam, the multifaceted music artiste, leaves behind an unparalleled legacy that includes a goldmine of Telugu songs

The news of the passing away of legendary playback singer, music director, voice-over artist and actor S P Balasubrahmanyam is akin to a personal loss for many of us, music lovers. SPB as he is fondly known, leaves behind an unparalleled legacy of more than 40,000 songs in 16 languages. There’s an SPB song for every mood, in every popular Indian language, and one holds on to those music memories irrespective of whether one grew up in the 1970s, 80s, 90s or 2000s.

Very few artistes have the ability to cut across generations and hold them in thrall. One assumed, almost impossibly, that SPB would be amongst us forever, like the popular Telugu singing competition Padutha Theeyaga he began presenting in 1996 on ETV. The music talent hunt show has continued to stay strong, clocking in more than 1000 episodes to date.

For those of us who have lived in different States and been exposed to cinema and music in different languages, it’s the sheer variety of SPB’s gold standard singing that stands out.

Born in Nellore on June 4, 1946, Sripathi Panditaradhyula Balasubrahmanyam debuted as a playback singer with the Telugu film Sri Sri Sri Maryada Ramanna (1966), with music composed by his mentor S P Kodandapani. The initial years saw both S P Kodandapani and K V Mahadevan take the young singer under their wings.

SPB established himself as the voice for the soft-romantic numbers that includes all the new heroes. His rendition of ‘Ye Divilo Virisina Parijathamo, from Kanne Vayasu (1973) in his boyish husky voice brought him instant popularity. A few of his other numbers that were loved across generations were ‘Kanula Mundu Neevunte’ and ‘Charana Kinkinulu…’ from Chelleli Kapuram (1971), ‘Ide Paata, Prati chota’ from Puttinillu Mettinillu (1973) and ‘Mallelu Poose, Vennela Kaase’ from Intinti Ramayanam (1979). SPB’s ‘Krushi Vunte Manushulu Rushulautaru’ from Adavi Ramudu (1977) and ‘Vandanam Abhivandanam’ from Premabhishekam ( 1981) for NTR and ANR respectively remain a few of the best he had sung for the thespians.

His was a voice that carried the melody even as it took on the persona of the actor he was singing for; he had the ability to sound different for different actors, even when he sang for two actors in the same song. His incredible voice range and quality never dimmed over the decades.

SPB gradually grew in prominence in Telugu, Tamil and Kannada film music, and the moment of reckoning came with director K Viswanath’s Sankarabharanam (1980) a project he was initially reluctant to take up as he was not trained in Carnatic classical music. Once in, he brought in his nuances, submitting himself to the demands of the classical tunes composed by K V Mahadevan. Sankarabharanam fetched SPB his first National Film Award for Best Male Playback Singer. Many national-level recognitions followed in his illustrious career.

The 1980s are reminiscent of unforgettable music in K Viswanath films, notably Sagara Sangamam and Swati Mutyam. SPB and Ilaiyaraaja would go on to cast a collective spell over listeners. ‘Thakita Thadimi’ from Sagara Sangamam, ‘Manasu Palike’ and ‘Suvvi Suvvi’ from Swathi Muthyam will remain among the all-time favourites in Telugu film music. Who can forget ‘Taralirada’ and ‘Nammaku Nammaku’ from K Balachander’s Rudraveena?

In the meantime, the SPB-K Balachander-Ilaiyaraaja and SPB-Ilaiyaraaja-Mani Ratnam combinations that worked magic in Tamil cinema also resonated in Telugu as well. Memories of the late 80s and would also include SPB’s honey-laced voice crooning for Salman Khan in Maine Pyar Kiya, and he would follow it up with Hum Aapke Hain Kaun in the 90s.

Prema, Pavithra Bandham, Annamayya, Tholi Prema… the prolific nature of SPB’s singing would make it impossible to do justice in these pages by recalling all his popular songs.There wasn’t a genre that was untouched by SPB. Remember the foot-tapping ‘Bangaru Kodipetta’ from Gharana Mogudu?

SPB seamlessly cut across generations of composers, and embraced the new wave of music ushered in by A R Rahman in the 1990s, beginning with Roja. The haunting romance pathos ‘Naa Cheli Rojave’ was the beginning of a new singer-composer hit combination.

A multifaceted artiste who switched between languages and genres with ease, SPB was a master actor behind the microphone, lending depth to every emotion the actors had to portray on screen. There were brief roles peppered through his career in the 1970s and 80s, and it took the radical approach of the newer crop of directors to show him in a new light. Director Vasanth presented him as as the unconventional hero in the Tamil film Keladi Kanmani (O Papa Lali in Telugu), a story that revolved around SPB and Radhika as a mature couple finding love.

Shankar’s Premikudu (dubbed from Kadhalan in Tamil) saw SPB play a fun father character to Prabhudeva, and the duo gave us the joyous song and dance number ‘Andamaina Premarani’. SPB sang alongside Udit Narayan, and as Prabhudeva’s dance steps made everyone stop in their tracks and gawk, SPB matched it with his charm and smart choreography that barely required him to move his feet!

More recently, SPB and Lakshmi charmed their way to the audiences’ heart through director Tanikella Bharani’s Midhunam, a film that celebrated growing old together in love.

SPB’s work as a dubbing artist is equally memorable. He lent his voice in Telugu films for actors Kamal Haasan, Rajinikanth, Salman Khan, Girish Karnad, among many others. He was also the Telugu voice for Ben Kingsley in Richard Attenborough’s Gandhi.

SPB’s music and affable humility touched hearts and we shall hold on to those memories, immersing ourselves in the impeccable music he leaves behind.

In the first week of August, when SPB posted an Instagram video from a private hospital in Chennai, declaring that he had mild COVID-19 symptoms and that he will be back soon, neither he nor us knew what was in store. How we wish the pandemic hadn’t taken away the unparalleled singer from us. Rest in peace, Balu sir.

Hebah Patel: All for good content, OTT or cinema

‘A privilege to act for his voice’: Actor Mohan on SPB

Juhi Chawla takes a trip down memory lane in major throwback video from 1987...