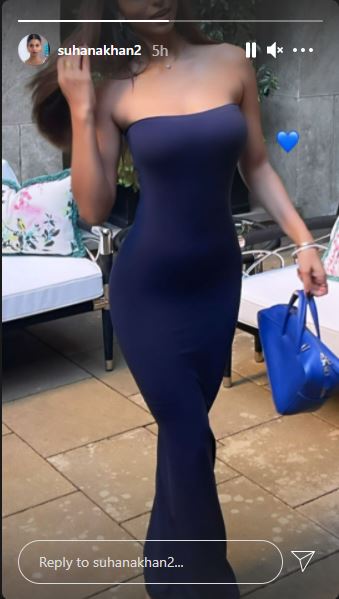 Shah Rukh Khan and Gauri Khan’s daughter Suhana Khan has been taking the internet by storm yet again after pictures of the diva partying with her friends earlier this week were splashed all over social media.

Suhana’s close friend, Orhan Awatramani, took to Instagram to share pictures from the party which took place on Tuesday. “If u lame that’s a shame u can’t hang with us… obs,” Orhan Awatramani captioned the carousel of photos he dropped on social media.

Among the photos were multiple picture collages, in which Suhana Khan and a few other friends were seen striking various poses, making the pictures an interesting memory to be cherished. As soon as Orhan shared the photos, Suhana took to the comments section and dropped a goofy emoji on the post.

Take a look at the photos here:

Interestingly, Orhan gave his fans a closer look at the fun time his friends and he had by sharing photos and videos from inside the party on Instagram Stories. One of them was captioned, “About the night before last.” In another clip, some of the guys were seen glued to their phones while the girls could be seen dancing. “What happens when you host your party during the Super Bowl. Boys vs girls,” he wrote alongside the photo.

Meanwhile, Suhana shared a picture of herself on Instagram Stories where the aspiring actress can be seen donning a royal blue strapless figure-hugging dress and holding a handbag in the shade of blue to go with her attire. Her face is only partially visible, but one can see Suhana’s barbie-doll like well-toned body. She posted a blue heart emoji along with the photo.

For the unversed, currently, Suhana is studying at the Tisch School of the Arts at New York University.