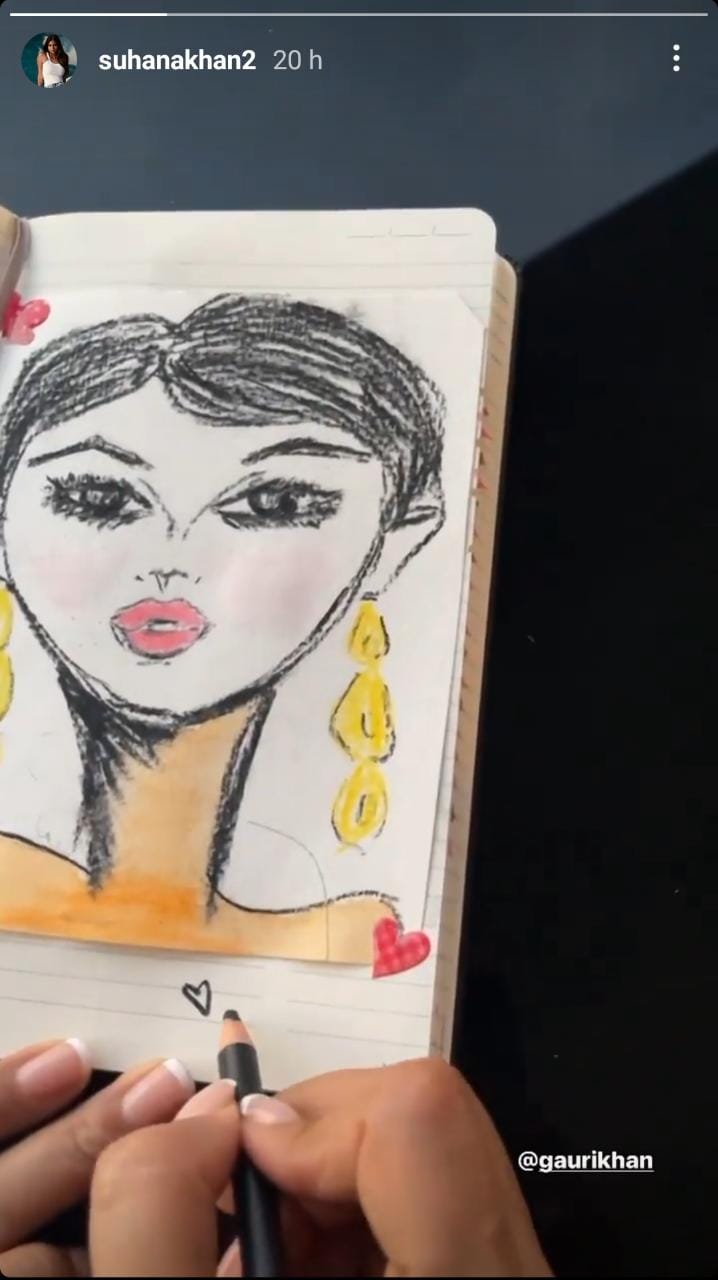 Suhana Khan is one of the industry’s most popular star kids. She has a large fan base and frequently shares images on her social media accounts.

Taking to her Instagram account, Suhana posted a story in which she was seen doodling the word ‘mom’ on her charcoal sketch.

Suhana has made news in the past for a variety of reasons. She has spoken up about being tormented because of her skin colour and the fact that she is the daughter of a Bollywood star. The 21-year-old was also chastised after appearing on the cover of Vogue India for the first time in 2018. People remarked that Suhana was only featured because of her father’s prominence, not because of her own.

In an interview with Hindustan Times SRK said.  “Suhana should learn acting for another three to four years if she wants to be an actor. I know many of my industry friends feel my kids should start acting tomorrow. But it’s my belief that they shouldn’t start acting yet,

For the unversed, Suhana is currently continuing her schooling in the United States. She is a student at the Tisch School of the Arts in New York. Suhana began the programme in 2019, but spent the majority of 2020 in Mumbai with her family. She had travelled to the country and stayed with her relatives during the Covid-19-induced lockdown.