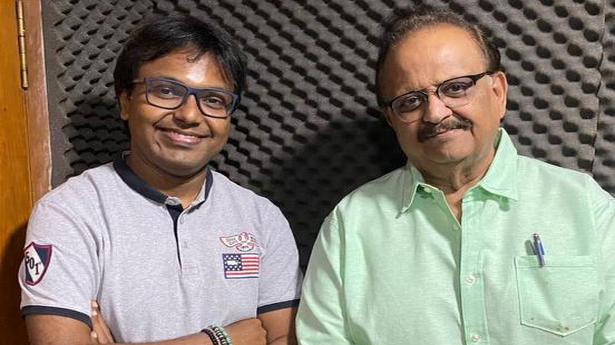 SPB’s association with Rajinikanth is well known in film circles; the singer famously sang many of the ‘Superstar’s introduction numbers’. Many of these songs, like ‘Athanda Ethanda’, ‘Naan Autokaaran’ and ‘Oruvan Oruvan’, have enthralled fans in cinema halls. Even younger music composers like Anirudh stuck to this sentiment; while Petta had SPB singing a portion of the ‘Marana Mass’ number, Rajinikanth’s last release Darbar had the singer going ‘Chuma Kizhi’.

SPB is no more, but his voice will still be part of the much-anticipated ‘Rajinikanth’s intro number’ in the actor’s upcoming Annaatthe. Music composer D Imman, who posted a video reminiscing his days with SPB, said, “I feel so blessed to think that his last song was for Rajinikanth and under my music direction.” This number will have lyrics by Viveka.

Imman also reminisced the few times he worked with the legendary singer during his earlier days. “I remember recording him and Shankar Mahadevan for the ‘Paatu Onnu’ song in Jilla, which was brought to life on screen by Mohanlal and Vijay,” he recalled.

Rajinikanth’s Annaatthe sees the actor teaming up for the first time with director Siva, who is known for helming Ajith-starrers Viswasam and Veeram. Produced by Sun Pictures, it is slated for a Pongal 2021 release.

After Akshay Kumar, actors Vicky Kaushal, Ajay Devgn all set to appear in ‘Into...