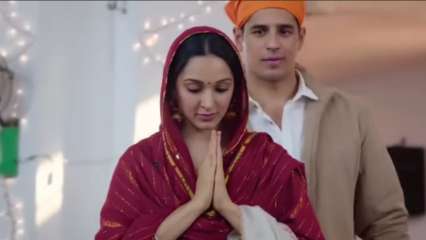 The recently-released biopic ‘Shershaah’ starring Sidharth Malhotra and Kiara Advani has been lauded by viewers and critics alike since its release and continues to win hearts all over India and across the world.

The war drama, based on the life of Captain Vikram Batra (PVC), has become the most-watched movie on Amazon Prime Video in India till date. Not just that, with a user rating of 8.9 voted by more than 88,000 IMDb users, ‘Shershaah’ also set a new benchmark as the most popular Hindi film of all times on IMDb.

‘Shershaah’ continues to make waves nationally and internationally with subscribers from 4100 Indian towns and cities as well as 210 countries and territories having streamed the title. No other Indian movie on Amazon Prime Video has been watched in more towns and cities across India and countries and territories worldwide within this time frame. Speaking about the film’s success, producer Karan Johar said, “Shershaah has always been a film close to our hearts, and seeing the love and appreciation the film has received makes me feel incredibly proud about the movie and each and everyone associated with it. PVC awardee Captain Vikram Batra’s story is one that no Indian shall ever forget, that said, what we intended to do was to tell the story of what made him the brave heart he was, to look deeper into his life, his passion and his love for the country and Dimple. It fills me with pride to see the love Sidharth and Kiara’s performances and Vishnu’s directorial vision has received. I’m glad that we found the right partners for this movie in Amazon Prime Video, who have left no stone unturned and given this movie the reach it deserves.” Directed by Vishnu Varadhan, ‘Shershaah’ also features Shiv Panditt, Raj Arjun, Pranay Pachauri, Himanshu Ashok Malhotra, Nikitin Dheer, Anil Charanjeett, Sahil Vaid, Shataf Figar and Pawan Chopra in pivotal roles.