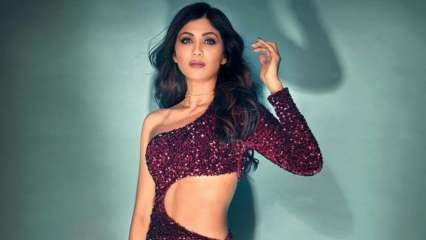 It has been almost a month since Shilpa Shetty’s husband, Raj Kundra was arrested in the pornography racket case. The actress was at the time a judge on the dance reality show ‘Super Dancer 4’ and took some time off to take care of the turmoil in her personal life.

But looks like Shilpa is ready to resume and get her life back on track as she has returned to ‘Super Dancer 4’ and has also begun the shooting for the upcoming weekend episode. The news of Shilpa’s return was confirmed by the show’s producer Ranjeet Thakur to indianexpress.com. Without speaking much on the topic, he added, “She is our judge and she is here to stay.”

A source from the set told the news website that the reality show team always wanted the actress to be back, however, she wanted to take her time. “The makers had been in constant touch with her and only recently she decided that she was ready to make a comeback. Shilpa wants to get back to work not just for her kids and family but also for her own sanity. She was welcomed warmly by the Super Dancer team, which made her quite emotional in the morning,” the source was quoted as saying.

The showrunners had been inviting celebrity guest judges to make up for Shilpa’s absence on ‘Super Dancer 4’. So far, several stars including Karisma Kapoor, Sonali Bendre, Moushumi Chatterji, Malaika Arora have appeared on the show.

Recently, filmmaker and Shilpa’s co-judge Anurag Basu told Hindustan Times in an interview that everyone misses her a lot on the sets. “We miss Shilpa a lot on set. There’s a bonding between all of us, who’re a part of the show, and which also includes people behind the scene and the choreographers. We’re a small family and when one person isn’t around, then bahut mushkil hota hai. Shilpa is dear to us,” he said.

For the unversed, Shilpa Shetty’s husband Raj Kundra was arrested last month by the Mumbai Crime Branch on July 19 in a pornography racket. Ever since Shilpa has been keeping herself away from making public appearances and refraining from posting actively on social media.