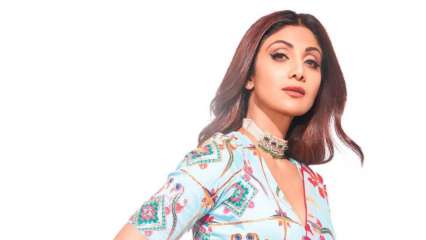 Almost a month after Shilpa Shetty’s husband arrest in the pornography racket case, the actor is ready to get back on the sets of the dance reality show ‘Super Dance 4’. She had taken some time out to sort the ongoing investigation and announced her return with an Instagram post.

She posted a picture on Instagram early Saturday morning which she captioned, “There is no force more powerful than a woman determined to rise,” following a sparkle and evil eye emoji. She is seen wearing aqua and a red coloured saree with a printed blouse of the same colour with her hair open. She also used hashtags that determine her return on the show like #SuperDancerChapter4 #OOTD #lookoftheday #style #gratitude #blessed.

‘Super Dancer 4’ airs on weekends and this will be Shilpa Shetty’s very first appearance on the show after the arrest of her husband. Earlier, the producer of the show Ranjeet Thakur spoke to indianexpress.com and he stated, “She is our judge and she is here to stay.”

The case was registered with Crime Branch Mumbai in February 2021 about the creation of pornographic films and publishing them through some apps. The cyber police had registered a case last year under sections 292 of IPC, sections 67, 67A of Information Technology and Indecent Representation of Women (Prohibition) Rules 3 and 4.