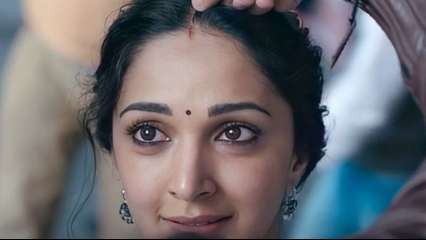 The film ‘Shershaah,’ starring Sidharth Malhotra and Kiara Advani, has received a lot of positive feedback from the audience.However, a few scenes from the film were thought of being cooked up. For example the one where Vikram Batra slits his thumb and uses blood as sindoor to put on dimple Cheema.

Hoverer now, the writer of ‘Shershan’ has confirmed that it actually happened.

Talking to indianexpress.com Sandeep Srivastava said, “When we started scripting the film, we could see the kind of hard work Sidharth was putting in right from the beginning. We could see him transform. He’s come of age and has put up a very fine act,”

‘Shershaah’ was in talks with co-producer Shabbir Boxwala, who owned the rights to Vikram’s storey, as well as Vishal Batra, the war hero’s brother, and Sidharth Malhotra.. “I came onboard later. We knew there would be sensitive lines, a lot of subtexts in what they are saying, but we didn’t want to get into jingoism. Soldiers do a tough job.”

“Whenever we saw anyone in uniform onscreen, they were far removed from the actual soldiers. But over here, they come across more real, their conversation also sounds very different. That works in favour of the movie.”

Vikram cuts his thumb and puts ‘sindoor’ on Dimple at the bus stop, according to Srivastava. However, after Dimple confirmed it, he opted to write it in such a way that it fits into the storey. However he initally thought it was ‘cooked up’ nut Dimple confirmed it herself.. “The act itself is over-the-top as if from the 70s or 80s, but Dimple’s reaction of “kinna filmy banda mila hai mainu (My man is so filmy)” balances it. Dimple is such a beautiful aspect to this story,” Srivastava said.

“We knew the film is about Vikram Batra and not about Kargil War. I wanted to know the man behind the uniform because what he did wearing the uniform is a well documented history. His personal life was equally important. I wanted to explore that,” he said revealing that what he came across after meeting his close ones was very dramatic. “He was that kind of a personality. So all the things you see in the movie really happened.”

‘Shershaah’ is a biographical war film directed by Vishnuvardhan on his Bollywood debut and written by Sandeep Shrivastava. Captain Vikram Batra. A Param Vir Chakra awardee, is followed throughout the film from his first posting in the army till his death in the Kargil War.