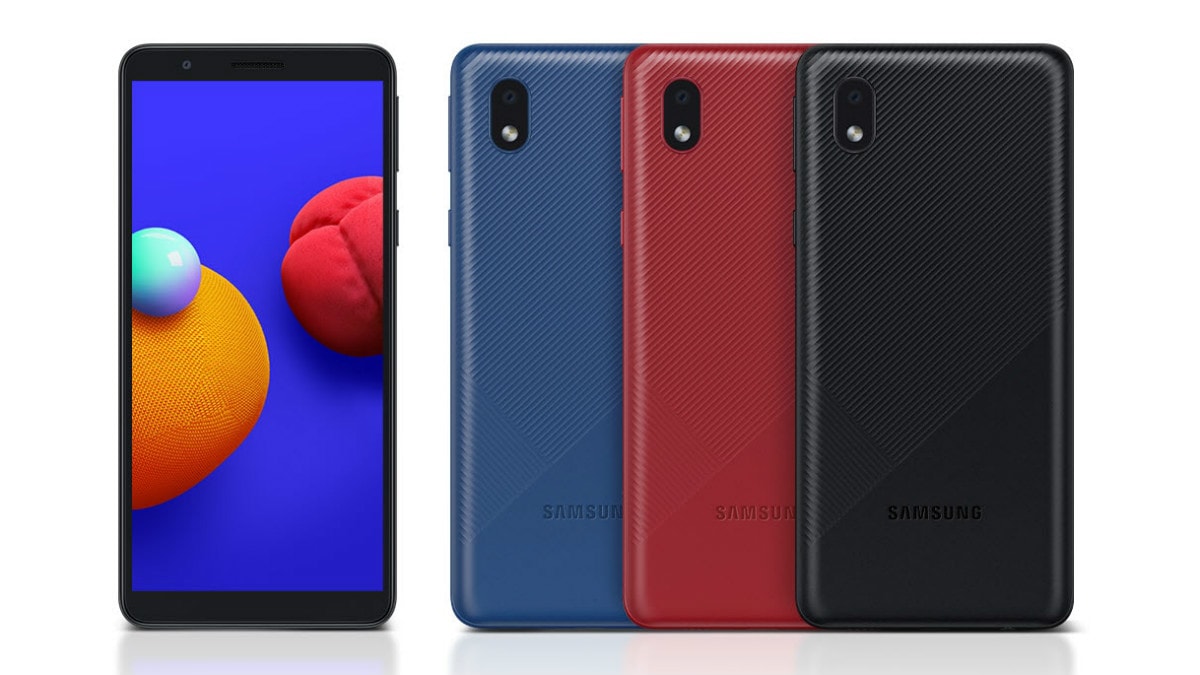 Samsung Galaxy A3 Core has been launched in Africa. It comes with a 5.3-inch HD+TFT LCD display, a quad-core processor and one camera each on front as well as on the back. It runs on Android (Go edition) and comes with pre-installed Google Go edition apps that are optimised for fast and easy use on a smartphone that features a smaller capacity of RAM and storage. The new entry-level smartphone is the successor of the Galaxy A2 Core that was announced last year.

According to Samsung Nigeria Twitter handle, the Galaxy A3 Core is available for purchase at a price of NGN 32,500 (roughly Rs. 6,200) in the country at Samsung stores and partner stores. It is offered in Blue, Red and Black colours.

Hold tight any color that speaks grandeur, class and charm but affordable.

Don’t be left out in the A3core story.

Get the A3Core NOW from N32,500. Recommended Retail Price pic.twitter.com/DSsnbAYeYd

The dual-SIM (Nano) Samsung Galaxy A3 Core runs on Android Go edition, and comes pre-installed with Google Go edition apps that are optimised for smartphones which feature smaller capacity of RAM and storage. It sports a 5.3-inch HD+ (720×1,480 pixels) TFT LCD display with 16:9 aspect ratio. The entry-level handset features thick bezels on the top and chin.

Under the hood, the Samsung Galaxy A3 Core comes equipped with an unnamed quad-core SoC that is clocked at 1.5GHz. The chipset is paired with 1GB of RAM and 16GB of onboard storage (available storage is 10.6GB) that can be expanded up to 512GB through a dedicated MicroSD card slot.

For photos and videos, the Samsung Galaxy A3 Core has a single 8-megapixel sensor with f/2.2 aperture lens on the back. There is an LED flash in the camera module. On the front is a 5-megapixel sensor, coupled with a lens having f/2.4 aperture. Samsung claims that the back camera comes with digital zoom up to 4x and it can record full-HD videos at 30fps.

The Samsung Galaxy A3 Core features a textured polycarbonate back and comes in Blue, Black, and Red colours. It comes equipped with a 3,000mAh battery with Micro-USB charging. The phone comes with Wi-Fi (2.4GHz), a 3.5mm headphone jack, GPS, LTE, and Bluetooth 5.0.

Is this the end of the Samsung Galaxy Note series as we know it? We discussed this on Orbital, our weekly technology podcast, which you can subscribe to via Apple Podcasts, Google Podcasts, or RSS, download the episode, or just hit the play button below.

Affiliate links may be automatically generated – see our ethics statement for details.