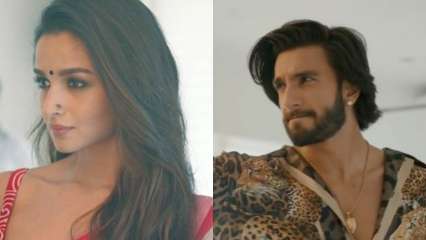 Filmmaker-producer Karan Johar has finally returned to the director’s chair. Announcing that he has commenced the first schedule of his much-anticipated film ‘Rocky Aur Rani Ki Prem Kahani’, starring actors Ranveer Singh and Alia Bhatt in the lead roles, Karan shared a BTS clip of the movie’s first-day shoot.

Karan tweeted, “The day is finally here and I have so many feelings going on in my head but what emerges at the top is – gratitude! As we begin our Kahani ka first schedule, seeking all your pyaar and aashirvaad! It’s time to roll!” The short video also gives a glimpse of the first looks of Alia and Ranveer’s characters from the movie. Manish Malhotra can also be seen assisting the actors with their costumes.

From Alia setting the frame ablaze with her alluring saree looks to Ranveer spreading the magic with his debonair appearance and energy, and to Karan on the director’s chair in the short video, it is indeed a sign that viewers are in for a visual treat!

On a related note, legendary actors Dharmendra, Jaya Bachchan, and Shabana Azmi will also be a part of the upcoming film. The sneak peek video didn’t reveal their looks.

Karan’s ‘Rocky Aur Rani Ki Prem Kahani’ is a new love story that is deeply embedded in the ‘roots of family’. The upcoming Karan Johar directorial written by Ishita Moitra, Shashank Khaitan, and Sumit Roy is scheduled to release in 2022.

In 2020, Karan had announced that he would be directing ‘Takht’, a period drama featuring Ranveer Singh, Kareena Kapoor Khan, Alia Bhatt, Vicky Kaushal, Bhumi Pednekar, Janhvi Kapoor and Anil Kapoor. Later, there were reports that the film was shelved.  As of now there has been no further update on this ambitious project by the filmmaker.

Since his last silver screen directorial stint, Karan has helmed a segment for two web anthologies, ‘Lust Stories’ and ‘Ghost Stories’. Apart from his directorial stints, the filmmaker will also has a number of production ventures in the pipeline. He will be producing Akshay Kumar and Katrina Kaif starrer ‘Sooryavanshi’, along with Ranbir Kapoor-Alia Bhatt’s ‘Brahmastra’.Karan is also set to launch South sensation Vijay Deverakonda in Bollywood with ‘Liger’, which stars Ananya Panday as the leading lady.

As for Alia, apart from ‘Brahmastra’, she has ‘Gangubai Kathiadwadi’ and ‘Darlings’ in the pipeline. Ranveer on the other hand has ‘Cirkus’ and ’83’ in his kitty.