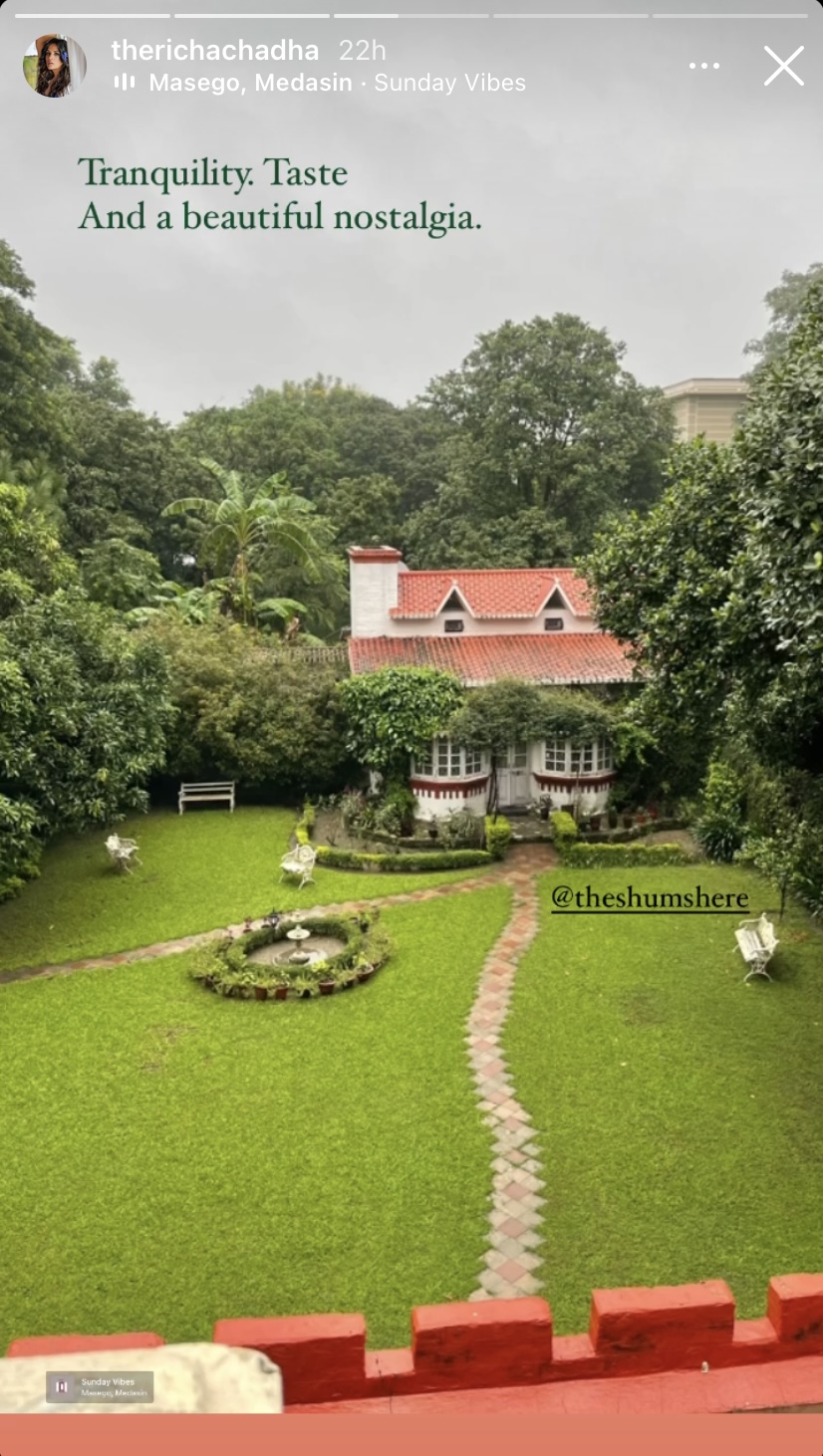 Richa Chadha and Ali Fazal in March this year officially announced that they together are launching their own production arm, Pushing Buttons Studios. Their first film that the duo announced, set to be directed by Shuchi Talati has been titled ‘Girls will Be Girls’.

The actor-producer this past weekend shot a teaser in Dehradun. They’re tight-lipped about the film and the teaser is to be submitted at a script lab in August and is reportedly up for a grant.

Richa on Monday (July 19) took to Instagram and shared a photo of clapboard with the film’s name ‘Girls will Be Girls’ written on it. While sharing the photo she wrote, “Ssssshhhhhhhhssssecretttttt… @alifazal9 @pushingbuttonsstudios #RiAli.”

On Sunday (July 18), Richa also shared a photo of the beautiful place they are staying at in Dehradun. “Tranquility. Taste. And a beautiful nostalgia,” she captioned her photo.

The film’s script was the only Indian script invited to the prestigious Berlinale Script Station 2021, a lab that selects 10 projects from around the world every year, according to the makers which happened in March too.

Richa Chadha reveals the date of her wedding with Ali Fazal, Deets inside