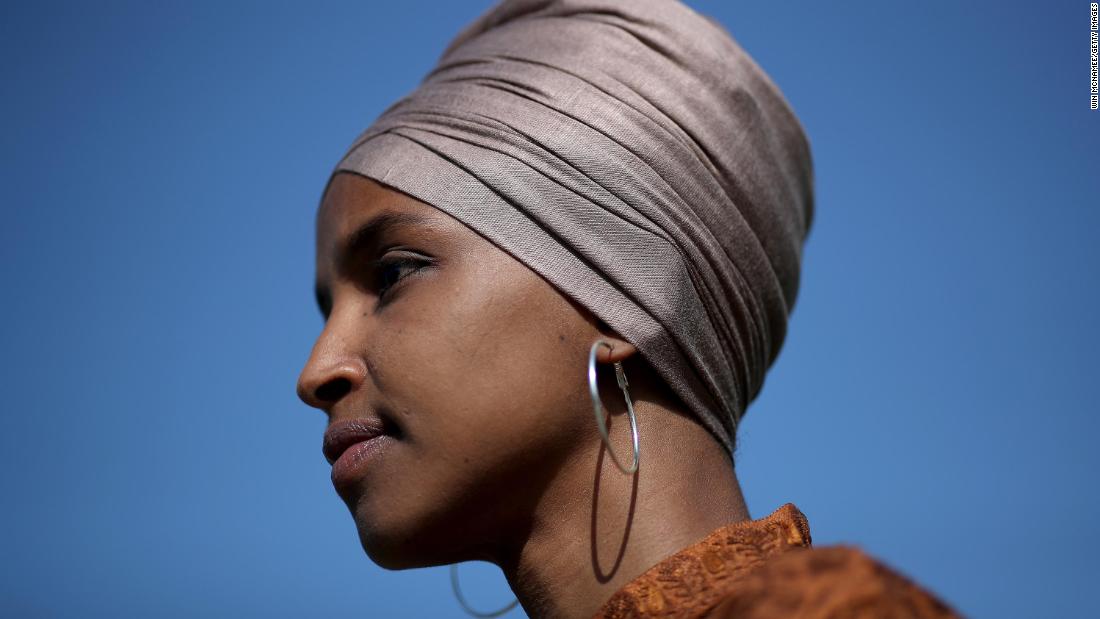 “Firstly, this is my country & I am a member of the House that impeached you,” Omar wrote on Twitter. “Secondly, I fled civil war when I was 8. An 8-year-old doesn’t run a country even though you run our country like one.”
Omar was one of the first two Muslim women elected to Congress in 2018 and won the Democratic primary race for a second term last month. Born in Somalia, she and her family fled civil war in their country and sought asylum in the United States in 1995. Omar became an American citizen in 2000 at the age of 17, according to The New York Times.
Omar, who’s one of four progressive congresswomen of color known as the “Squad,” has been a high profile target of criticism from Republicans and the President, who regularly targets her on Twitter and at campaign rallies.

“She’s telling us how to run our country. How did you do where you came from? How is your country doing?” Trump said Tuesday night at his rally in Moon Township, Pennsylvania.

Trump’s comments come as he faces a tough reelection against his 2020 rival Joe Biden and has chosen to run a racially divisive campaign, digging into cultural battles.

He also denigrated the Minnesota congresswoman in her home state last month as “a horrible woman who hates our country” and insinuated that she may not have won her recent primary election.

“Let’s check the mail-in vote,” Trump told the crowd, adding. “Where are the people that would vote for her?”

Last summer, in a series of racist tweets, Trump told Omar and the other members of the “Squad” who have been outspoken against his policies — Reps. Alexandria Ocasio-Cortez, Ayanna Pressley and Rashida Tlaib — to “go back” to their supposed home countries, though they were born in the United States and Omar is a naturalized citizen.
Following his tweets, Trump’s supporters at a campaign rally in North Carolina chanted “send her back,” which was directed at Omar, as the President stood silently. He later claimed to disavow the chants.
Trump has also promoted false smears against Omar and questioned her patriotism, highlighting some of her controversial comments on issues including Israel, law enforcement and the September 11th terrorist attacks.
Trump, who has his own history of pushing anti-Semitic tropes, criticized Omar for tweets last year that were widely condemned as anti-Semitic, which she later apologized for.