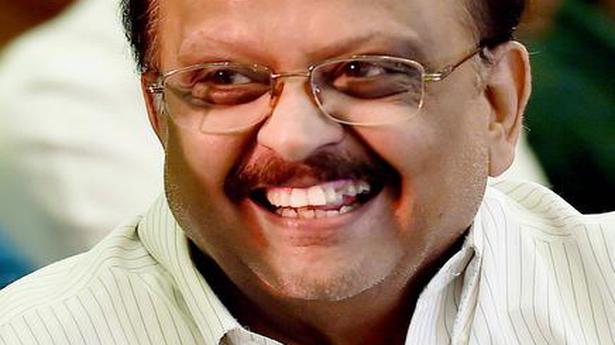 Tamil filmmaker and screenwriter Chithralaya﻿ Gopu recalls when the legendary singer got a chance to sing for M. S. Viswanathan in the film ‘Shanthi Nilayam’

“I sing the notes as they are written, but its the Almighty who comes out as my voice,” was the frequent statment made by S.P. Balasubrahmanyam. His first song recorded was from the film, Shanthi Nilayam produced by Gemini Vasan, and the scriptwork was done by me. Englishman Marcus Baatley was the cameraman.

M. S. Viswanathan had tuned a song, Iyarkaii Ennum Ilaiyya Kanni and a few months earlier, SPB had frequented his house seeking an opportunity to sing in movies.

“Get rid of your Telugu accent and improve your Tamil!” MSV had told him, and within months SPB’s Tamil had improved. MSV made him sing the song, Iyarakai… and it was an instant hit. He received Rs 150/- as remuneration for the song back in the day.

Meanwhile, MGR had an issue with T. M.Soundarajan, and SPB had the opportunity to sing for him: the song Ayiram Nilave Vaa from the film, Adimaipen.

SPB loved working with our Chithralaya Unit and before singing Panivizhum Malarvanam, he prostrated in front of Sridhar and me and said, “Gopu Sir, Chithralayaa is my mother’s home.”

His divine voice and singing talents apart, Baalu, as we fondly called him, was a perfect gentleman to the core, who respected the seniors and encouraged youngsters. His death is a personal loss to me and the film industry won;t be the same again.

The void SPB has left behind will remain empty for long.

A voice like SPB: How his work influenced singers

SPB’s last song will be in Rajinikanth’s ‘Annatthe’

A. R. Rahman: ‘Growing up in south India, SPB was part of our culture, victories and love’

‘A privilege to act for his voice’: Actor Mohan on SPB

S.P. Balasubrahmanyam: The end of an era