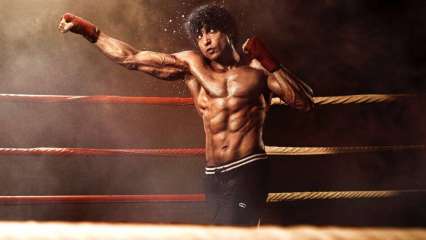 Actor Farhan Akhtar and filmmaker Rakeysh Omprakash Mehra’s work relationship goes back to when the thought of ‘Rang De Basanti’ came up in the filmmaker’s mind.

Rakeysh revealed he wanted Farhan to act in the movie but he denied it.

In conversation with a news agency, Rakeysh said, “He was truly amused because he had just made Dil Chahta Hai and was finishing Lakshya. I told him I wanted him to act in my film and he could not believe it.

“I had offered him the part of Karan, which was the only author-backed character in the whole film. Farhan was fascinated. I could see the twinkle in his eyes. He wondered ‘What’s wrong with this guy who is seeing me act in a film?!'”

He said Farhan loved the script but “couldn’t see himself acting at that point of time”. Farhan then was working as a director and had won awards for his film ‘Dil Chahta Hai’ and ‘Lakshya’. He made his acting debut with ‘Rock On’ in 2008.

With Rakeysh, he worked in the iconic movie ‘Bhaag Milkha Bhaag’ which was a biopic on late Milkha Singh.

Talking about ‘Toofan’ filmmaker said, “It’s not just a boxing ring film, not about winning about but having a fulfilling journey in your life. Characters emerge when their backs are against the wall, not when the going is good. It’s a story of people and relationships”. It will release on Amazon Prime Video on July 16. Farhan’s role is of a disgraced boxer who turns a street thug when his career takes a hit. Later he gets a chance to fix everything, so he gives it his all.