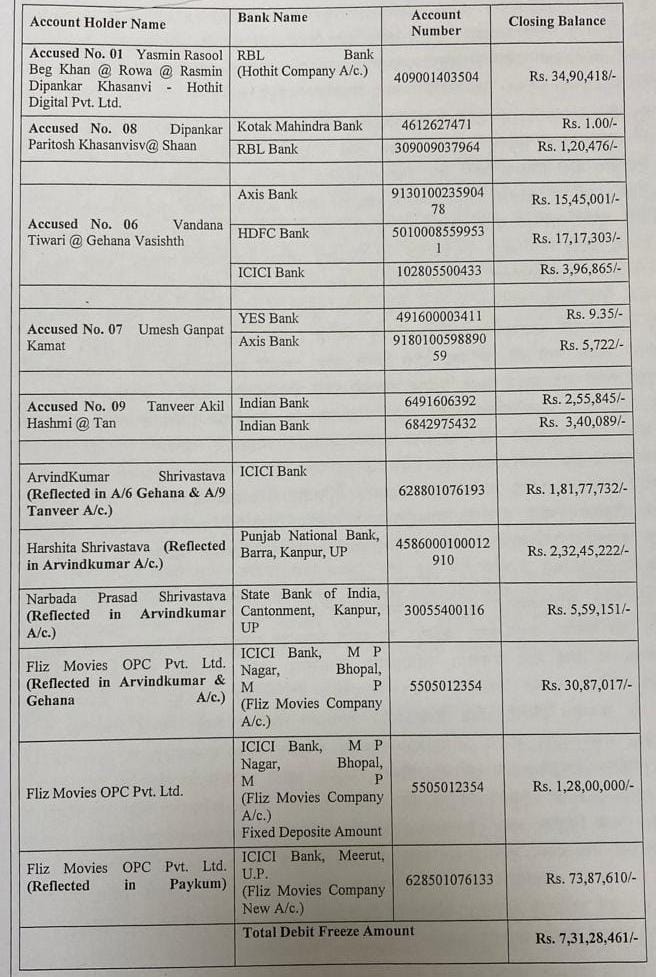 The firm of businessman and actor Shilpa Shetty’s husband Raj Kundra had a tie-up with a London-based company that was involved in streaming pornographic content through a mobile app, Mumbai police said on Tuesday.

Addressing a press conference, Joint Commissioner of Police (Crime), Milind Bharambe said Raj Kundra and his brother-in-law Pradeep Bakshi are the alleged masterminds of an international porn films racket perpetrated through their content production companies based in India and the United Kingdom. The Joint Commissioner of Police said that all the pornographic content was being uploaded on a mobile application named “Hotshots”, which was owned by the London-based company.” Bharambe also said, “Crime Branch Mumbai this February registered a case related to pornographic films. New actors were promised roles in web series and short stories and they were asked to do bold and nude scenes in auditions. Female actors opposed this and approached the Crime Branch based on which a case was registered. During the investigation, nine accused were arrested. Some people forcefully get such films produced. A man named Umesh Kamat who was looking after the India operations for the company of business of Raj Kundra was arrested,” he said.

During a detailed investigation, it came to light that Raj Kundra’s company located in Viaan had a tie-up with a London-based company Kenrin that owns mobile application Hotshots. “All nude content created in Mumbai was published on Hotshots, which was operated from Mumbai. After complaints, this app was takedown by Google Play Store and iPhone,” Bharambe said. “After court permission, we searched the offices of Raj Kundra and found a few clips as well. That’s why Raj Kundra and his IT head were arrested.”

Meanwhile, Police have arrested one Rowa alias Yasmin Khan in connection with this case. The investigation is underway and police are probing both Hotshots and HotHit app in relation to the case of the pornographic films.

Now, Zee News has exclusively accessed details that reveal Mumbai Police has so far frozen about Rs 7.31 crore in bank accounts of different people related to the case. The details of this amount in a systematic manner are as follows.

– About Rs 37 lakh was frozen from three accounts of Gehana Vashistha.

– Rs 1.28 crore kept as a fixed deposit in a Bhopal bank account of Fliz Movies OPC Pvt. Ltd. too was frozen

– Rs 73 lakh 87 thousand frozen in Meerut bank account of Fliz movies OPC Pvt. Ltd. This was a new account created by the company.

Meanwhile, Raj Kundra, who was arrested late Monday night in the soft pornography case, has been sent to police custody till July 23.