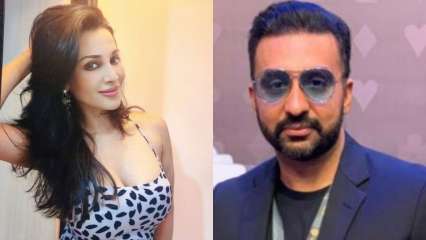 Flora’s name came up in a WhatsApp conversation between Raj Kundra and Marathi actor Umesh Kamat. After her name was highlighted in the media, Flora shared a video on Instagram clarifying that she has nothing to do with the case.

In the video, Flora said she has never spoken to Kundra via any medium and does not even have his contact information. Now, Flora in an interview has stated that she was approached with an offer to work on a web series for HotShots app, to which she said no. She also said that her name is being unnecessarily dragged in the case.

“Casting waale aapko kabhi kabhi phone karte hai. (The casting people call you at times). It is they who will call you and say, aisi web series ban rahi hai for HotShots app, would you be interested? And I said no to that as well. I don’t work for new platforms as they make a certain kind of content and often the budgets are low. I am not desperate for work,” Flora told ETimes.

Flora Saini made her acting debut with the Telugu film ‘Prema Kosam’ in 1999. She has worked with noted actors such as Rajnikanth, Prabhu, Vijaykanth and Sudeep among others. Flora has also worked in several web series such as Sushmita Sen starrer ‘Aarya’, Paurashpur’, ‘Inside Edge’ and ‘Gandi Baat’ (2018).