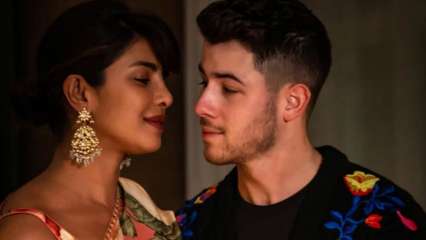 Priyanka Chopra Jonas is one busy woman. She is juggling being an entrepreneur and an actor fr which she has to excessively and spend time away from her family. The actor was cuckooned inside her home with her husband Nick Jonas, however, as soon as the COVID-19 lockdown lifted and the world resumed its activities, Priyanka also jumped right back into work mode.

But the actor was also terrified to do so. In a recent interview with Vogue India, Priyanka said how she cried on the plane when returning to work and it was Nick and her family who helped her settle in Germany.

“I spent six months at home feeling really safe with my family, and then Germany was the first time I left to go work. I cried on the plane. I was terrified,” Priyanka said adding Nick’s presence helped her. She added, “He, my mum, my family came with me and we spent Christmas and New Year’s together while I was filming. It was really nice to not have to come back to an empty home. Nick wanted to help me settle in.”

The ‘Barfi’ actor also expressed excitement about being a part of ‘The Matrix 4’ and filming with actor Keanu Reeves.

“I would have done any part Lana Wachowski would have given me. I’d be happy to do a walk-on. It was amazing just being there. I used to arrive on set sometimes when Carrie-Anne Moss or Neil Patrick Harris were filming and I’d sort of peek in and have a fangirl moment,” Priyanka concluded.

On the work front, Priyanka will soon be seen Amazon Prime Video’s web series ‘Citadel’ for which she has been shooting in London. She also has a romantic drama titled ‘Text For You’, ‘The Matrix 4’ in the pipeline. Priyanka will also be seen in the recent announced Bollywood flick ‘Jee Le Zaraa’ which also stars Alia Bhatt and Katrina Kaif in key roles.