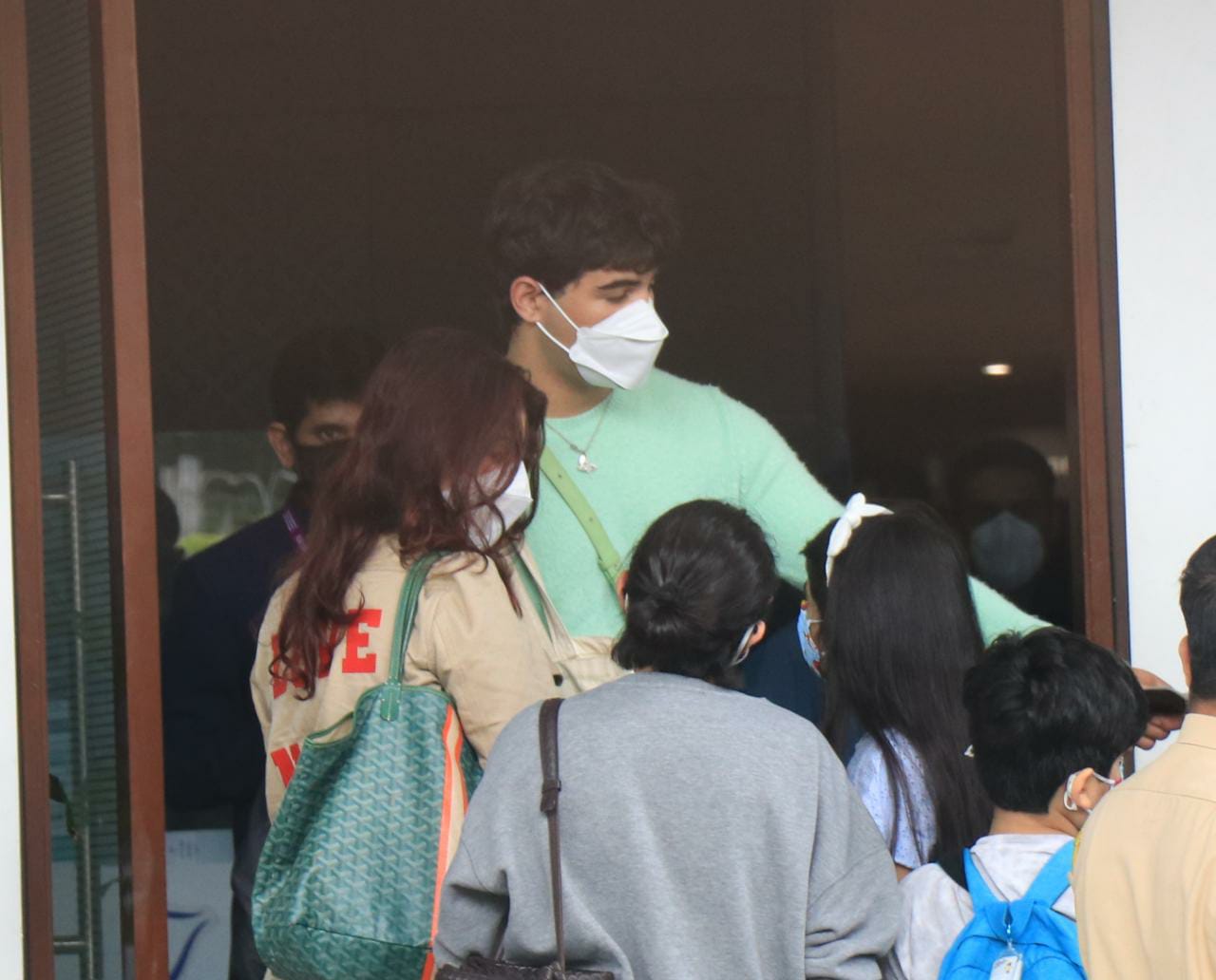 A day after his birthday, Akshay Kumar, along with his family – wife Twinkle Khanna, children Aarav and Nitara – was spotted at the Mumbai airport on Friday. The details of their destination were not revealed but several media houses said that Akshay returned to the UK to resume work, a few days after his mother’s death.

Akshay was seen dressed in all-black attire and stopped by for the paparazzi for some photos. He thanked the paps and folded his hands. On the other hand, Twinkle and the kids were seen entering the airport without stopping for any pictures.

The family left Mumbai just 2 days after Akshay lost his dear mother Aruna Bhatia. Taking to his social media handles on Wednesday, Akshay posted an emotional message and wrote, “She was my core. And today I feel an unbearable pain at the very core of my existence. My maa Smt Aruna Bhatia peacefully left this world today morning and got reunited with my dad in the other world. I respect your prayers as I and my family go through this period. Om Shanti.”

It was on Monday that the actor had first revealed that his mother was unwell. On his 54th birthday on Thursday, Akshay also shared a photo with his mom. He wrote, “Would have never liked it this way but am sure mom is singing Happy Birthday to me from right up there! Thanks to each one of you for your condolences and wishes alike. Life goes on.”

Akshay is currently shooting for his upcoming film ‘Cinderella’ in London. Apart from this, he will also be seen in ‘Prithiviraj’, ‘Sooryavanshi’, ‘Bachchan Pandey’, ‘Atrangi Re’, ‘Ram Setu’, and ‘Raksha Bandhan’.