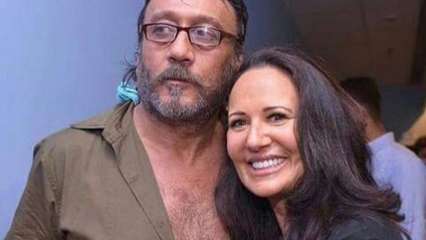 Jackie Shroff’s wife, Ayesha Shroff is not just a very beautiful lady but she is also very brave and strong. Recently, during an appearance on ‘Dance Deewane 3’, Jackie revealed that Ayesha once came to rescue him and his friend when a ‘gang’ came to beat them up.

During the weekend episode of ‘Dance Deewane 3’, host Raghav Juyal asked Jackie Shroff and his co-guest Suniel Shetty if they were scared of their wives and both raised their placard that said ‘yes’. Suniel Shetty is married to Mana Shetty.

Jackie then went on to explain that ever since he saw Ayesha thrash some goons, he has been scared of her. He said, “Khaali naam dada hai bhidu. Main humesha darta aaya hoon, aaj se nahi pehle se. Maine Nepeansea Road pe, fight karte hua dekha meri wife ko, dost ke liye (I have always been scared of my wife. I saw her fighting on Nepeansea Road once for a friend).”

Jackie added, “Mera dost aur main kuch aisi cheez ho gayi wahaan pe, toh bohot bada gang aa gaya tha humko dhone ke liye. Toh maine apni wife ko pehli baar dekha dhote hue. Tab se darta hoon (Something happened between my friend and me, and a big gang came there to beat us up. That is the first time I saw my wife thrashing someone. I have been scared of her since then).”

Meanwhile, on the work front, Jackie was last seen in ‘Radhe: Your Most Wanted Bhai’, with also starred Salman Khan, Disha Patani and Randeep Hooda. His next release is ‘Sooryavanshi’, starring Akshay Kumar in the lead role.

Tiger Shroff’s sister Krishna Shroff says she got lot of movie offers, reveals she rejected them for THIS reason

Jackie Shroff talks about playing war correspondent in ‘The Interview: Night of 26/11’