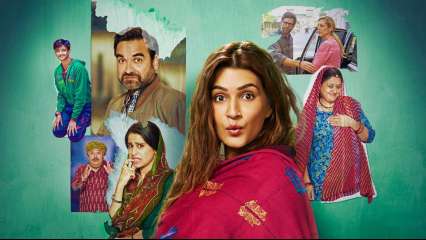 When they said ‘Mimi’ is nothing like what you are expecting, little did we know it will live up to the grand promise. Turns out, the ‘khush khabri’ is coming to our way much in advance.

While we were all waiting with bated breath for the Kriti Sanon and Pankaj Tripathi starring comedy to release, team ‘Mimi’ has sent the best surprise gift ever to Kriti, her fans and the audience, as the film will now stream from today itself! ‘Mimi’ is coming to our screens on 26th July at 6:30 pm IST only on Jio Cinema and Netflix.

It is Kriti Sanon’s birthday tomorrow on 27th July. And to usher in her special day, as she cuts her cake, the makers decided to surprise her and let the world meet her labour of love ‘Mimi’ today.It may be an early delivery, but rest assured, this baby is fit, fine and healthy, all set to crawl into everyone’s hearts with its wholesome blend of laugh out loud and feel-good moments.