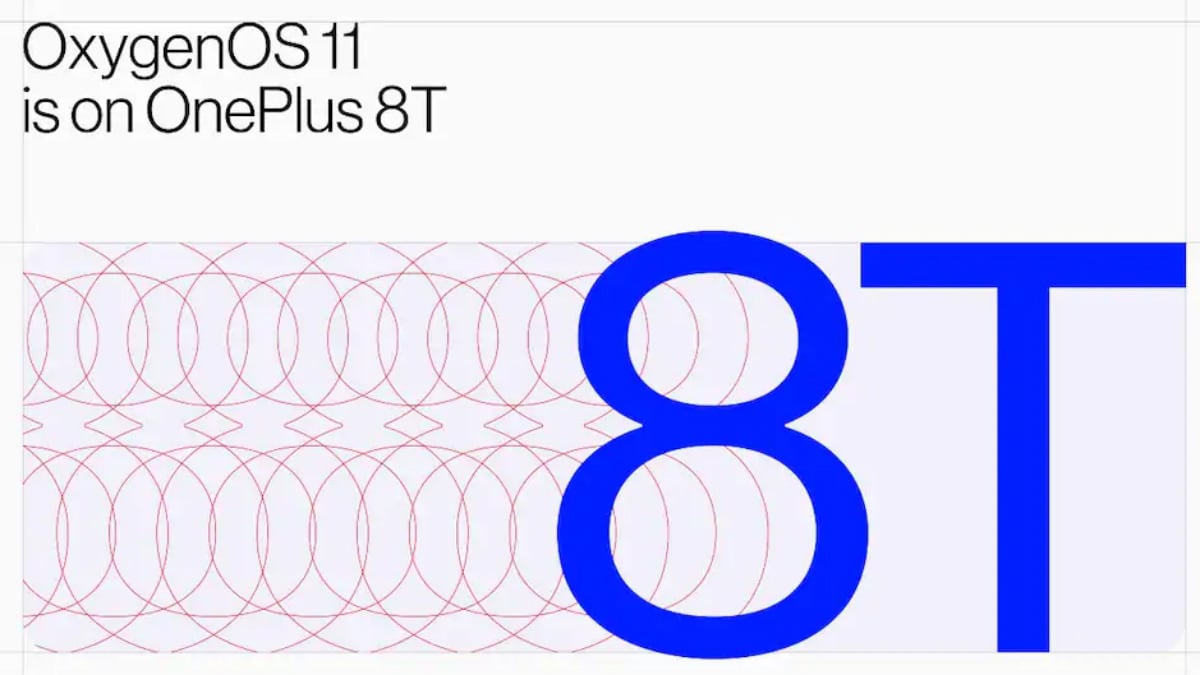 OnePlus 8T will reportedly be taller and wider than the OnePlus 8 despite having the same screen size of 6.55-inch. As per a tweet by a tipster, the OnePlus 8T will measure 162.8 x 75.5 x 8.4 mm. In comparison, the OnePlus 8 measures 160.20×72.90x8mm. Further, the tipster claims that the upcoming smartphone is 9.3mm thick with the camera bump. The company CEO Pete Lau had already confirmed that the handset will come with a screen-to-body ratio of 91.9 percent.

According to a tweet by prolific tipster OnLeaks, the upcoming OnePlus 8T will measure 162.8 x 75.5 x 8.4mm, and go up to 9.3mm in thickess if the camera bump is included. In comparison, the previously launched OnePlus 8 measures 160.20×72.90x8mm showing that the T-model is slightly taller and wider than its predecessor. Noteworthy is that the OnePlus 8 Pro measures 165.30 x 74.35 x 8.5mm that has almost similar thickness as the upcoming OnePlus phone.

Recently, company CEO Pete Lau confirmed the OnePlus 8T will sport a 6.55-inch Fluid AMOLED display with 120Hz refresh rate. Lau claimed that the handset should deliver “a buttery smooth display experience” and improve the “overall viewing and gaming experience considerably.” Lau also said that the smartphone would come with a 2.5D flexible panel, and offer a 91.1 percent screen-to-body ratio that is greater than the OnePlus 8 Pro (90.8 percent), OnePlus 8 (88.7 percent) and recently launched OnePlus Nord (86.7 percent).

The OnePlus 8T will be launched in India on October 14. The launch will take place through a virtual event that will begin at 7:30pm IST on the OnePlus India website. The smartphone is confirmed to come with OxygenOS 11 out-of-the-box, and OnePlus confirmed that the phone will come with a 4,500mAh battery and support Warp Charge 65. As per the forum post, the OnePlus 8T with the 4,500mAh battery would be charged fully in 39 minutes and almost 58 percent in just 15 minutes.

Is OnePlus 8 Pro the perfect premium phone for India? We discussed this on Orbital, our weekly technology podcast, which you can subscribe to via Apple Podcasts or RSS, download the episode, or just hit the play button below.