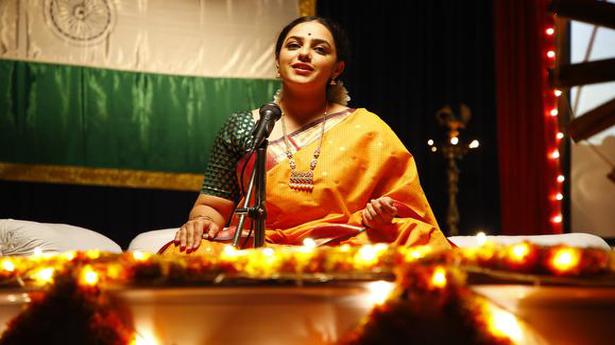 The makers of Gamanam, the film co-produced by cinematographer V S Gnana Shekhar and directed by Sujana Rao, had unveiled the first look poster featuring Shriya Saran. Touted as a pan-Indian project that will release in Telugu, Tamil, Malayalam, Kannada and Hindi, the film is said to be a drama based on real events. Gamanam team stepped up the publicity campaign by revealing a poster featuring Nithya Menen as a classical singer.

Gamanam has story and screenplay by Sujana, dialogues by Sai Madhav Burra and music by Ilaiyaraaja. Gnana Shekar is producing the film along with Ramesh Karutoori and Venki Pushadapu, and handling the cinematography.