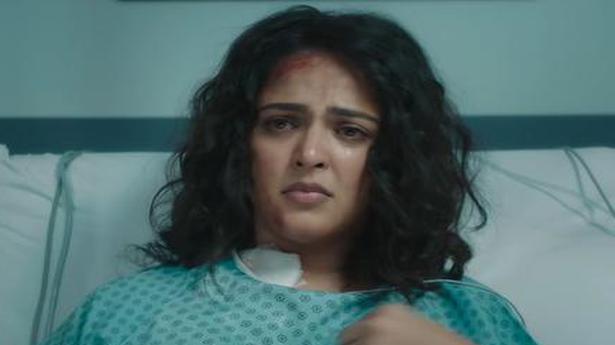 Starring Anushka Shetty and Madhavan, the film is a suspense thriller revolving around a speech and hearing-impaired artist, her celebrity-musician husband, and the strange disappearance of her best friend

Amazon Prime Video today announced that the direct-to-service world premiere of the Telugu, Tamil and Malayalam title Nishabdham/ Silence will take place on October 2. Directed by Hemanth Madhukar and produced by TG Vishwa Prasad of People Media Factory in association with Kona Film Corporation, the film is a suspense thriller revolving around a speech and hearing impaired artist, her celebrity-musician husband, and the strange disappearance of her best friend.

The official synopsis of the film is: Sakshi, a talented artist who is deaf and mute, gets entangled in a criminal investigation when she unexpectedly witnesses a tragic incident that occurs in a villa with a reputation for being haunted. With a team of police detectives determined to get to the bottom of the case and the list of suspects ranging from a ghost to a missing young girl, Nishabdham promises to be an edge-of-the-seat thriller that will keep the audience guessing until the very end.

“Sakshi is a character very new to me compared to all that I have played so far,” said actor Anushka Shetty. “A character that pushed me out of my comfort zone, a character I’m glad it came my way. It was really nice to work with Madhavan again, always been an admirer of his work. Subbaraju, Avasarala Srinivas, Anjali, Shalini Pandey, Micheal Madsen, Olivia Dunkley and our director Hemanth Madhukar, Mr. Vivek Kuchibhotla, DOP Shaneil Deo and each and every one of our technicians and crew who are a part of Nishabdham.”

“I enjoy watching and being a part of thriller films. Nishabdham is definitely one of the most intriguing movies that I have been associated with,” said Nishabdham actor, R Madhavan. “Set in the US and shot extensively in Seattle and other parts of the US, the story is relatable to global audiences,” he added.

Throwback Video: When Abhishek Bachchan opened up about his ‘cosmic connection’ with R Madhavan