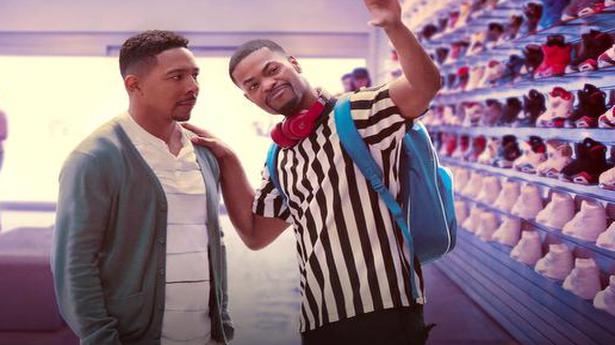 An insight into the wonderful world of sneaker collectors, a series on fears about the voting process being rigged and a documentary about a controversial assassination are the highlights on the platform this week

Here is the full list of titles coming this week:

Eun-young might seem like an ordinary school nurse, but behind her mundane appearance is her supernatural ability to see monsters (ectoplasm) as jelly figures.

This scripted series focuses on sneaker collectors, resellers and flippers.

In April 1991, Detlev Rohwedder, the head of Treuhand, the East German Privatization and Restructuring Agency, was assassinated in Dusseldorf.

An innocent toddler’s boundless curiosity — and extraordinary might — lead to mischief and adventure in his small Indian town.

Fears about the voting process being rigged — by powerful donors and corporations, gerrymandering, the Electoral College, voter suppression, fraud at the ballot box, and the ways votes are counted — are untangled in this docuseries.

Michelle Buteau, the scene stealing queen of Netflix, delivers the night out we all need right now in her uproariously funny new special Michelle Buteau: Welcome to Buteaupia.

American Murder: The Family Next Door

In 2018, 34-year-old Shanann Watts and her two young daughters went missing in Frederick, Colorado. As heartbreaking details emerged, their story made headlines worldwide.

Headstrong Ginny meets Sunny for an arranged marriage, but turns him down. Sunny then teams up with Ginny’s mother to win her love.

Tormented with his ‘under-privileged’ societal status, an ambitious underachiever capitalizes on his son’s newfound fame as a boy-genius to improve his family’s fortunes. Little does he realize that the secret he harbors will destroy the very thing he loves the most.

1951. In a newly independent India, passionate literature student Lata Mehra is torn between family duty and the promise of romance as three very different men try to win her heart.

Shivangi, a 10 year old girl, must save her family’s village in Punjab from the restless ghosts of its horrific past.

The Trial of The Chicago 7

What was intended to be a peaceful protest at the 1968 Democratic National Convention turned into a violent clash with police and the National Guard. The organizers of the protest—including Abbie Hoffman, Jerry Rubin, Tom Hayden and Bobby Seale—were charged with conspiracy to incite a riot and the trial that followed was one of the most notorious in history.