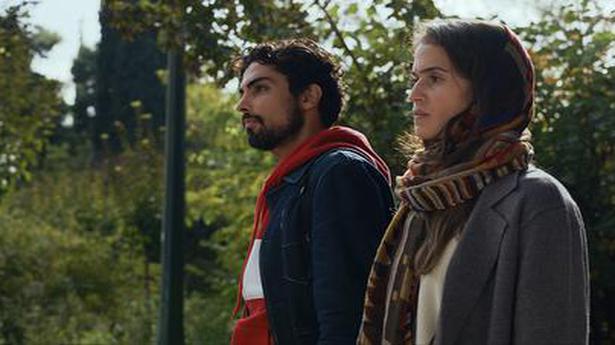 A new espionage thriller arrives this week, along with more of Ewan McGregor and Charley Boorman’s epic biking journey

Plus, Oprah Winfrey sits down for an exclusive interview with global music icon Mariah Carey in her most revealing conversation for the latest installment of “The Oprah Conversation.”

A new espionage thriller from “Fauda” writer Moshe Zonder that tells the utterly thrilling story of a Mossad agent who goes deep undercover on a dangerous mission in Tehran that places her and everyone around her in dire jeopardy. Created by Moshe Zonder, Dana Eden and Maor Kohn, and directed by Daniel Syrkin. Zonder also serves as writer alongside Omri Shenhar.

The series is executive produced by Zonder, Dana Eden, Shula Spiegel, Alon Aranya, Julien Leroux, Peter Emerson and Eldad Koblenz; and produced by Donna and Shula Productions in association with Paper Plane Productions, with the participation of Cineflix Rights and Cosmote TV.

Filmed remotely and incorporating audience engagement, Oprah will lead timely and intimate discussions with today’s foremost newsmakers, thought leaders, and masters of their craft. Bringing truth and perspective to a range of topics shaping our world, they reveal gripping stories of human connection.

In their most revealing conversation, global music superstar Mariah Carey talks to Oprah about her new memoir, growing up biracial, and finding freedom.

Starring and executive produced by Ewan McGregor and Charley Boorman, “Long Way Up” reunites the best friends after more than a decade since their last motorbike adventure around the world. Covering 13,000 miles over 100 days through 16 border crossings and 13 countries, starting from the city of Ushuaia at the tip of South America, Ewan and Charley journey through the glorious and underexposed landscapes of South and Central America in their most challenging expedition to date, using cutting-edge technology on the backs of their prototype electric Harley-Davidsons in order to contribute to the sustainability of the planet.

In this week’s new episode, the team crosses back into Chile, and arrives just in time to celebrate Chilean Independence Day before riding across the high Andes.

Jason Sudeikis plays Ted Lasso, a small-time college football coach from Kansas hired to coach a professional soccer team in England, despite having no experience coaching soccer. In addition to starring, Sudeikis serves as executive producer, alongside Bill Lawrence (”Scrubs”) via his Doozer Productions, in association with Warner Bros. Television and Universal Television, a division of NBCUniversal Content. Doozer’s Jeff Ingold also serves as an executive producer with Liza Katzer as co-executive producer. The series was developed by Jason Sudeikis & Bill Lawrence & Joe Kelly & Brendan Hunt, and is based on pre-existing format/characters from NBC Sports.

A young New York mother faced with sudden doubts about her marriage teams up with her larger-than-life playboy father to tail her husband. What follows is a sparkling comic adventure across the city – drawing father and daughter closer together despite one detour after another. Acclaimed filmmaker Sofia Coppola brings a light touch to this blend of an exuberant love letter to New York, a generation-clash comedy about how we see relationships differently from our parents, and a funny celebration of the complications that bind modern families even as they tie us in crazy knots.

Laura (Rashida Jones) thinks she’s happily hitched, but when her husband Dean (Marlon Wayans) starts logging late hours at the office with a new co-worker, Laura begins to fear the worst. She turns to the one man she suspects may have insight: her charming, impulsive father Felix (Bill Murray), who insists they investigate the situation. As the two begin prowling New York at night, careening from uptown parties to downtown hotspots, they discover at the heart of their journey lies their own relationship.

Narrated by Paul Rudd, “Tiny World” takes a unique perspective on the natural world, exploring the ingenuity and resilience of the smallest animals on the planet. Brand new camera technology allows us, for the very first time, to see the world through the eyes of the tiniest creatures and witness the extraordinary things they do to survive. “Tiny World” is produced by Plimsoll Productions, and written and executive produced by Tom Hugh Jones. Dr. Martha Holmes and Grant Mansfield also serve as executive producers on behalf of Plimsoll Productions.