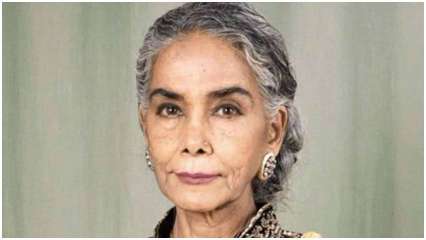 Veteran actor Surekha Sikri passed away in Mumbai at the age of 75 earlier this morning after suffering from cardiac arrest. She had been keeping unwell for several months and breathed her last while she was surrounded by family members.

“Three-time national award-winning actress, Surekha Sikri has passed away following a cardiac arrest earlier this morning at the age of 75. She had been suffering from complications arising from a second brain stroke. She was surrounded by family and her caregivers. The family asks for privacy at this time. Om Sai Ram,” the actor’s manager Vivek Sidhwani said in a media statement.

Surekha Sikri had suffered a brain stroke in 2020 and a paralytic stroke earlier in 2018.

She last appeared in Zoya Akhtar directed story which was part of Netflix’s anthology ‘Ghost Stories’  that was released on the streaming platform in 2020.

Rajit Kapur says ‘Surekha Sikri was never given a great part since she wasn’t beautiful’, reveals it ‘upset her’