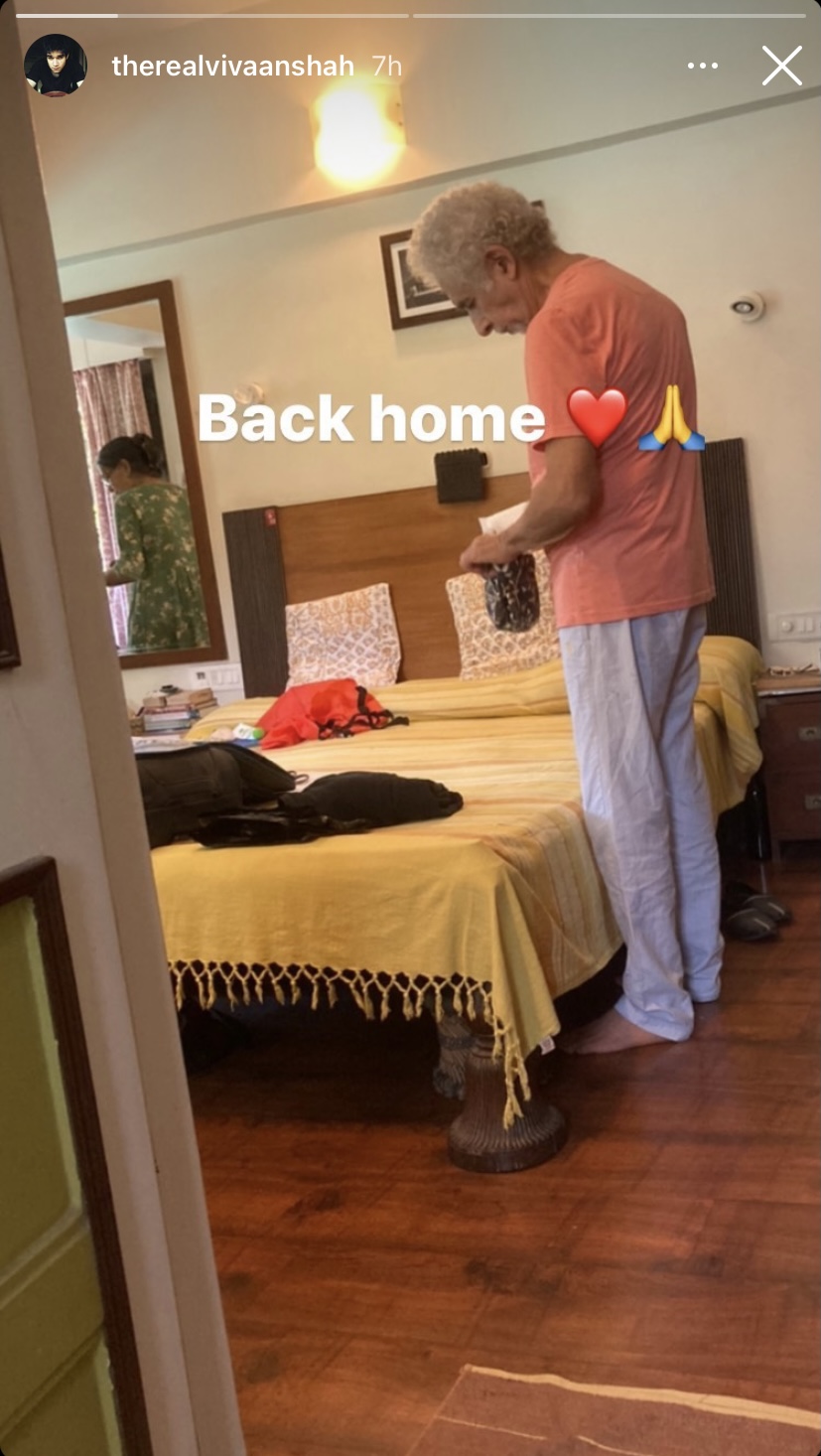 Veteran actor Naseeruddin Shah, who was hospitalised for pneumonia last week, was on Wednesday (July 7) morning discharged from the hospital. The actor’s son younger son Vivaan Shah shared photos of him which also featured his wife and actress Ratna Pathak Shah.

Taking to his Instagram stories, Vivaan shared a couple of photos. In the first photo, Naseeruddin Shah can be seen standing by the side of his bed in an orange t-shirt and white track pants. “Back home,” he captained the photo along with a heart and folded hands emoji.

In the second photo, Naseeruddin Shah can be seen on his phone while Ratna Pathak Shah is sitting on the bed and is busy doing something. Giving an update on his health, Vivaash wrote, “He just got discharged today morning.”

The ‘Bandish Bandits’ actor was admitted to the hospital on June 29, and it was confirmed by his manager to indianexpress.com. “Sir was hospitalised on June 29, but he is now doing well. There is a pneumonia patch on his lungs, and the treatment is going on. He might be discharged today or tomorrow,” the manager was quoted saying.

Earlier, while speaking to Pinkvilla, Ratna said, “He is perfectly alright. There is a minor patch on his lung, which they have been treating. He should be discharged by tomorrow hopefully.” She added, “It’s pneumonia, but it’s fortunately very small and in one little corner so hopefully it won’t require much more work.”

Last year, when there were reports of Naseer’s ill-health, his son Vivaan Shah was forced to dismiss the rumours. Vivaan wrote in a tweet on April 30, 2020, “All well everyone! Baba’s just fine. All the rumours about his health are fake. He’s keeping well. Praying for Irfan Bhai and Chintu ji. Missing them a lot. Deepest condolences to their families. Our hearts go out to all of them. It’s a devastating loss for all of us.”