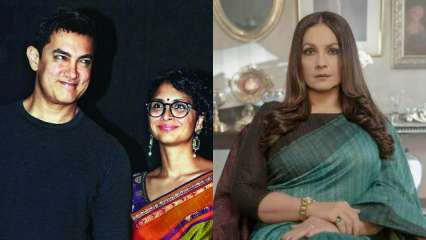 The filmmaker-actor who is known to not shy away from speaking her mind, on Sunday took to Twitter to share her views on the shocking separation announcement made by the celebrity couple on July 3.

“Nothing new about co-parenting even after one decides to part ways as husband & wife. Relationships are not made/un-made on paper. They are written on one’s heart. Maintaining a relationship based on respect through & even after a marriage end requires Integrity. Few manage that,” Pooja Bhatt wrote in a tweet.

In a separate tweet, she wrote, “Most marriages end badly. The ones that don’t are looked upon as an anomaly. People understand and accept bitterness & hate more than they do largesse and compassion. Which is why most people rather live a lie than face the truth about themselves & a relationship they are in.”

Take a look at the tweets here:

Nothing new about co-parenting even after one decides to part ways as husband & wife. Relationships are not made/un-made on paper.They are written on one’s heart.Maintaining a relationship based on respect through & even after a marriage ends requires Integrity. Few manage that.

Most marriages end badly. The ones that don’t are looked upon as an anomaly. People understand and accept bitterness & hate more than they do largesse and compassion. Which is why most people rather live a lie than face the truth about themselves & a relationship they are in.

For the unversed, on July 3, in a move that shocked the film industry, Aamir Khan and Kiran Rao announced their divorce.

The couple on Saturday released a joint statement that read, “In these 15 beautiful years together we have shared a lifetime of experiences, joy and laughter, and our relationship has only grown in trust, respect and love. Now we would like to begin a new chapter in our lives – no longer as husband and wife, but as co-parents and family for each other.”

“We began a planned separation some time ago, and now feel comfortable to formalise this arrangement, of living separately yet sharing our lives the way an extended family does. We remain devoted parents to our son Azad, who we will nurture and raise together. We will also continue to work as collaborators on films, Paani Foundation, and other projects that we feel passionate about,” it further read. “A big thank you to our families and friends for their constant support and understanding about this evolution in our relationship, and without whom we would not have been so secure in taking this leap. We request our well wishers for good wishes and blessings, and hope that – like us – you will see this divorce not as an end, but as the start of a new journey,” the statement concluded.

The duo met on the sets of ‘Lagaan’ where Kiran worked as an assistant director. After spending some time together, the two got hitched on December 28, 2005. Aamir and Kiran welcomed their first son Azad through surrogacy in 2011. Aamir was earlier married to Reena Dutta but got divorced after 16 years of marriage in 2002. He has a daughter Ira and son Junaid from his first marriage with Reena.

Meanwhile, on Monday, filmmaker-actor Pooja Bhatt took a stroll down memory lane and shared a few pictures of her mother on her birthday. In the image, we can see Pooja’s mother Kiran Bhatt giving a doll to the former. Pooja also posted a picture of a handmade card which she made on one of the birthdays of her mother. “To my ever gorgeous Mother Lorraine Bright who then went onto become Kiran Bhatt.. Happy Birthday and thank you! There would be no me if there was no you! Not to mention your amazing capacity to preserve and archive details of my life that recede way back in the mists of time.. like this birthday note/card I made you when I was a child,” she captioned the post.

In another post, Pooja shared a picture of her mother sporting bindi and mini dress.”Happy Birthday Mother! If anyone could combine a bindi & a mini so effortlessly,you could! Style can be learned or acquired. Grace cannot. And you exemplified grace! #lorrainebright #kiranbhatt #birthdaygirl,” she added.

Take a look at the posts here:

For the unversed, Pooja’s father and ace director Mahesh Bhatt had tied the knot with Kiran Bhatt at the age of 20. From his marriage with Kiran, Mahesh Bhatt also has a son named Rahul Bhatt. After separation, Mahesh Bhatt married actor Soni Razdan, and has two daughters Shaheen Bhatt and Alia Bhatt with her.