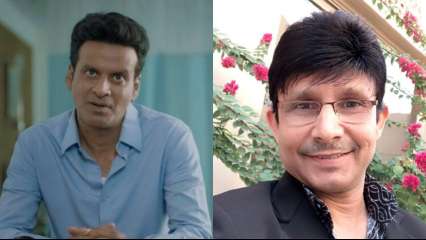 In Indore, Manoj Bajpayee has filed a criminal defamation charge against Kamaal Rashid Khan. Following an insulting tweet by KRK, the actor has filed a criminal case under IPC section 500 in the court of judicial magistrate first class (JMFC), according to a leading daily(punishment for defamation). Last month, KRK sent an offensive tweet that allegedly degraded Manoj Bajpayee’s image while discussing the actor’s most recent OTT movie, ‘The Family Man 2’.

A couple of months ago, Salman Khan had filed a defamation case against KRK for his alleged derogatory tweets. This was after the premiere of Salman Khan’s film ‘Radhe’. While KRK claimed the complaint was because he gave the film a bad review, Salman’s legal team clarified that the defamation case was filed following KRK’s personal attacks against Salman. As a result, a Mumbai civil court restrained Kamaal R Khan from posting or publishing any defamatory content about Salman Khan.

‘The Family Man’ is an Amazon Prime Video original Hindi-language spy thriller drama series starring Manoj Bajpayee as Srikant Tiwari, a middle-class man secretly working as an intelligence officer for the Threat Analysis and Surveillance Cell (TASC), a fictitious branch of the National Investigation Agency. It was created by Raj Nidimoru and Krishna D.K. for the streaming service Amazon Prime Video.

The first season of the series began filming simultaneously in Mumbai, Delhi, Kerala, Jammu & Kashmir, and Ladakh in June 2018, and was completed in May 2019. The second season began filming in November 2019 and ended in September 2020.

‘It was a roller-coaster ride’: Manoj Bajpayee opens up on his ‘ups and downs’ in the industry

Rakyesh Om Prakash Mehra’s debut book, ‘The Stranger In the Mirror’ brings his story to life, find out how!