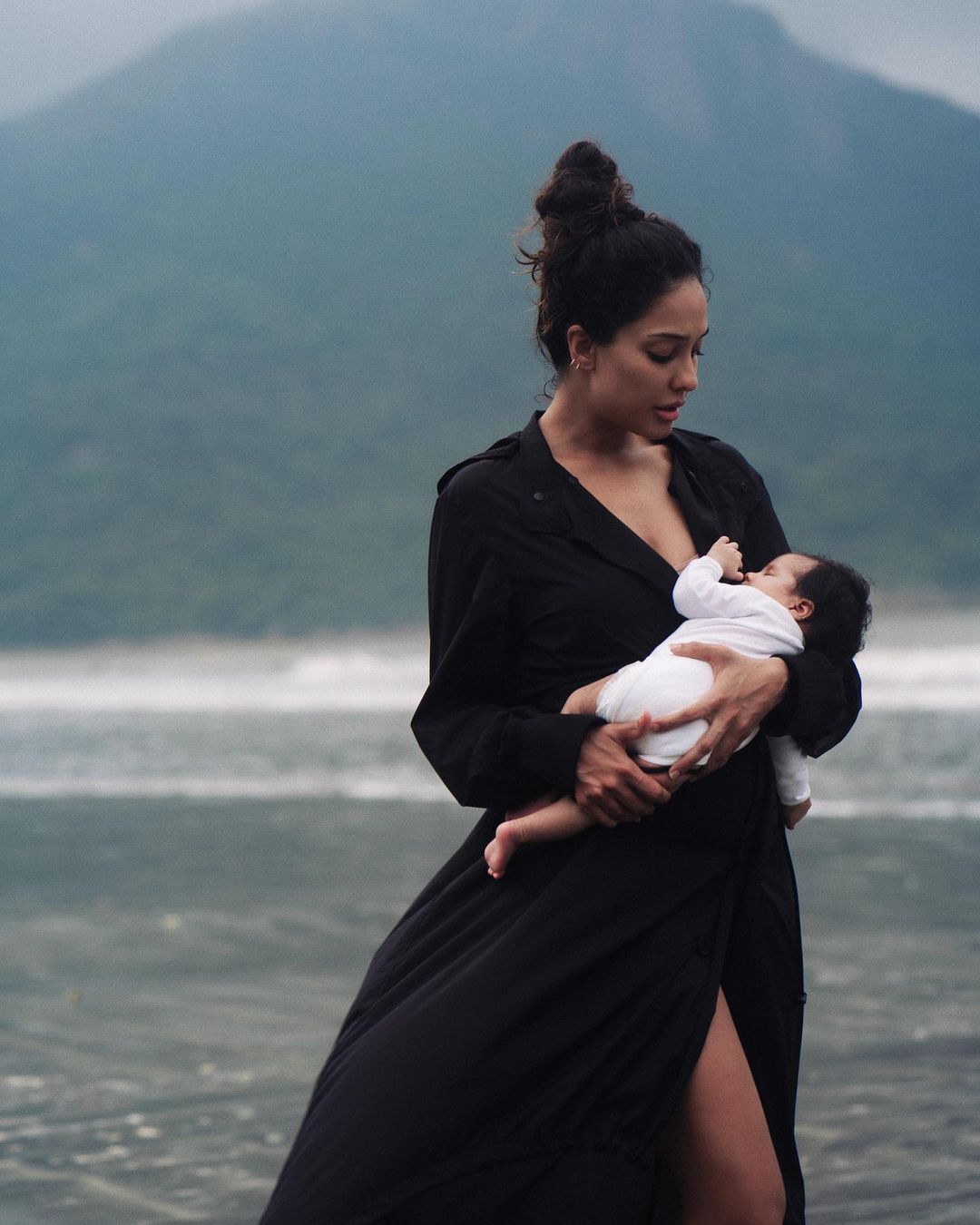 Lisa Haydon recently became mom to a beautiful baby girl. She and her husband have named the baby Lara. The actress has shared photos of her baby girl and netizens are all in awe of the mother-daughter duo.

Lisa is seen holding her bundle of joy in a black dress with a thigh split. Lisa is dressed in a bohemian white dress and holding her daughter close to another photo.

She captioned the post as,”So I’ve been away from insta for a while now, here’s my best attempt at a catch up post.. Things can feel pretty extra after having a baby. A lot of it is probably hormones. Two under two and three kids in four years has been truly humbling. I don’t mean humbling in the way I’ve heard ppl say after winning an Oscar lol But humbled in an, I feel incapable kind of way. I thought we’d be taking it one day at a time, but we’re down to taking it one feed at a time. No one tells you how long you’ll spend burping your baby. And what not getting that burp up can mean. I take a second sometimes to just remind myself there is no destination in motherhood. Pumping while having a coffee, organising the boys schedules — pick ups, drop offs and bouncing the bouncer with one foot. And then there’s that sound, that tiny little noise that makes it all worth it, and when you finally hear it, it’s the most rewarding.. that little burp!”

Take a look at the amazing photos here-

Lisa Haydon, a model turned actress made an outlandish announcement about the birth of her kid. She disclosed she is the mother of a daughter during a conversation with a fan.

She had previously shared lovely photos from her pastel-coloured, flower-themed baby shower, which was organised by five of her best friends, in June.

Elisabeth Marie Haydon is an Indian actress, model, and TV presenter who primarily works in Hindi films. Haydon made her acting debut in the ensemble romantic comedy-drama ‘Aisha’ (2010) and got critical acclaim for her role in the comedy-drama ‘Queen,’ which earned her wide acclaim and a Filmfare nomination for Best Supporting Actress, among other awards. Haydon went on to star in the commercially successful romantic comedy ‘Housefull 3’ (2016) and a cameo in Karan Johar’s romantic drama ‘Ae Dil Hai Mushkil’.

In October 2016, Lisa married Dino Lalvani. Zack and Leo, the couple’s two sons, were born to them. Zack was born in May 2017, and Lisa gave birth to their second son, Leo, in February 2020.