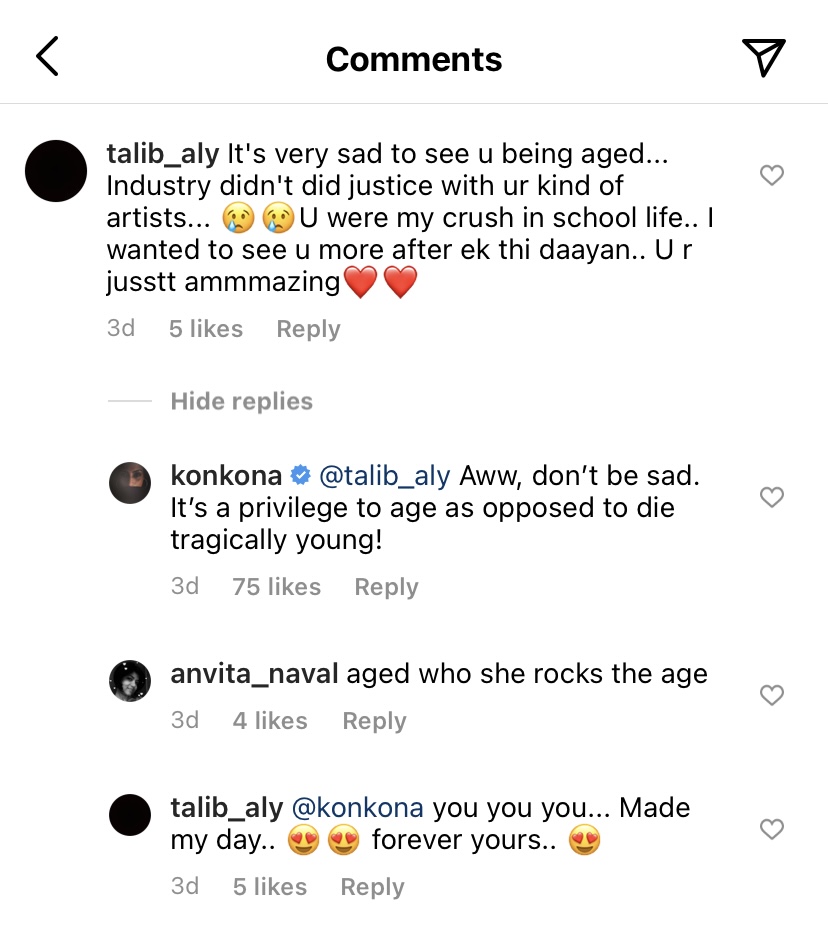 Actor Konkana Sen Sharma is know for delivering some very powerful performances in contemporary parallel cinema and mainstream films such as ‘Laaga Chunari Mein Daag’,’Omkara’ and ‘Life in a…Metro’. The 41-year-old had a witty response to a social media user who said that she has aged.

Recently, Konkana shared a set of photos with her dog Pepita. It was an appreciation post for her dog’s trainer. In her post Konkana described how she rescued her dog in the lockdown last year and then sent her for training. The photos featured, the trainer, the dog and Konkana herself.

While several users sent praises for the actor and her little pooch one user had a rather odd comment. Reacting to Konkana’s post, a social media user wrote, “It’s very sad to see u being aged… Industry didn’t did justice with ur kind of artists… U were my crush in school life.. I wanted to see u more after ek thi daayan.. U r jusstt ammmazing.”

However, quick-witted Kanaka had the classic reply. Responding to the user’s comment she wrote, “Aww, don’t be sad. It’s a privilege to age as opposed to die tragically young!” Konkana’s reply seemed to make the user very happy who further replied, “@konkona you you you… Made my day.. forever yours..”