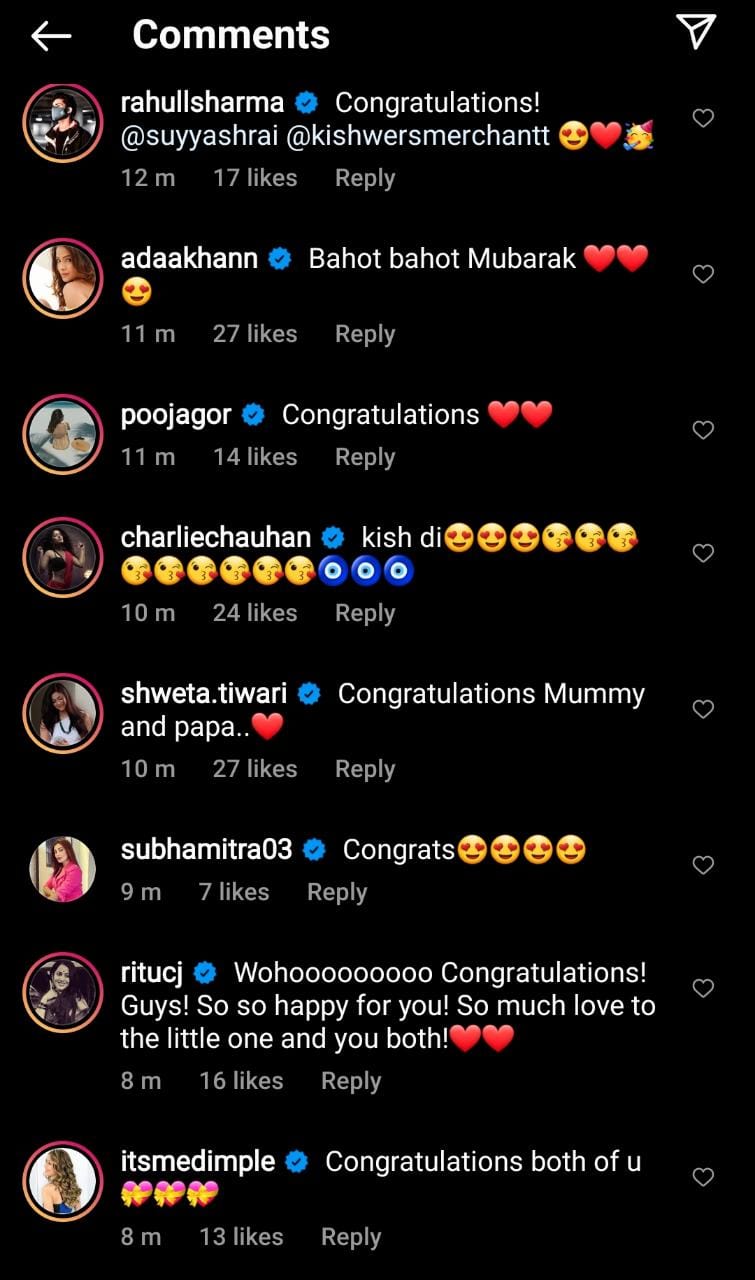 Celebrity couple Kishwer Merchant and  Suyyash Rai have been blessed with a baby boy today. The actress had announced her pregnancy through an Instagram post after which fans were eagerly waiting for the baby to arrive in this world,

Celebs like Shweta Tiwari quickly turned to the comment section and wished the couple. She wrote “Congratulations Mummy and Papa” followed by a red heart.

Many other people congratulated them too.

Take a look at their maternity photos too-

While many celebrities love to share their children’s joys with the world, Kishwer and Suyyash, who are expecting their first child, have decided to keep their newborn off social media for roughly 40 days.

Suyyash told SpotboyE.com, “People who are showing their children on social media, it’s their call, it’s their children. Parents have all the right to decide. Coming to us, I think Kishwer is such a person who likes to be on social media. She has her own world around it. If being a mother she wants to put a photo of her child on social media, I wouldn’t stop her because it’s her wish and she has all the rights. But we have decided, for the first 40 and 50 days we will follow the old ritual of not showing the newborn baby face to outsiders. After 40 days if we feel like sharing with the world, we will do it. It’s purely on us. But for now, we haven’t decided anything on this yet.”