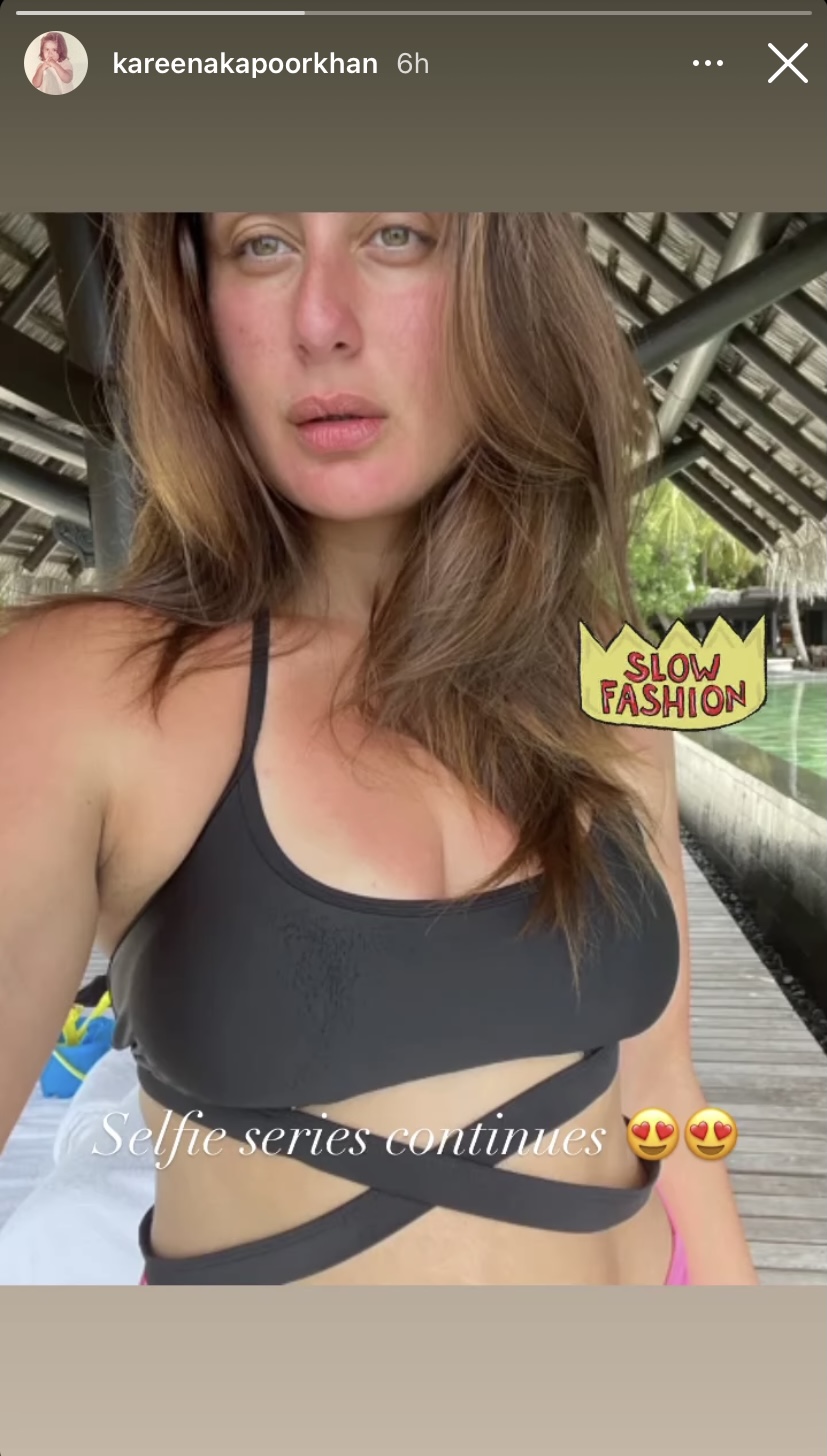 Actor Kareena Khan and Saif Ali Khan are currently enjoying their Maldives vacation. The couple along with their sons, Jeh and Taimur Ali Khan flew to beautiful country on August 14 to ring in Saif’s 51st birthday.

The actress upped her selfie game on Thursday (August 19) by sharing a drop-dead gorgeous selfie. The ‘Jab We Met’ star took to her Instagram Story and posted a picture flaunting her beach tan.

In the photo, Kareena is sporting a black bikini top and pink bottoms. “Selfie series continues,” she wrote.

Kareena has been treating her fans with sneak-peeks of the vacation through selfies and fun family photos. On Tuesday (August 17), she shared another selfie in a black bikini and pasted a sticker on it which read ‘beach bum. Have a look at the photo:

Meanwhile, Kareena and Saif have lately been on the receiving end of trolls after it was revealed that their second son’s name is not Jeh but Jehangir. After the entire controversy, Kareena in a recent interview shared how she is dealing with the whole incident.

“I have to start meditating now that I am pushed against the wall. We are talking about two innocent children here. I am a positive person and I want to spread happiness and positivity. There is no place for negativity in our lives. Look at what Covid-19 pandemic has done. It has brought the world closer. That’s what all of us should think about,” she told India Today.

On the work front, Kareena recently launched her book ‘Pregnancy Bible’, which captures her physical and emotional experiences from both her pregnancies. She is also set to make her debut as a producer with director Hansal Mehta’s yet-to-be-titled thriller. She will also act in the film.