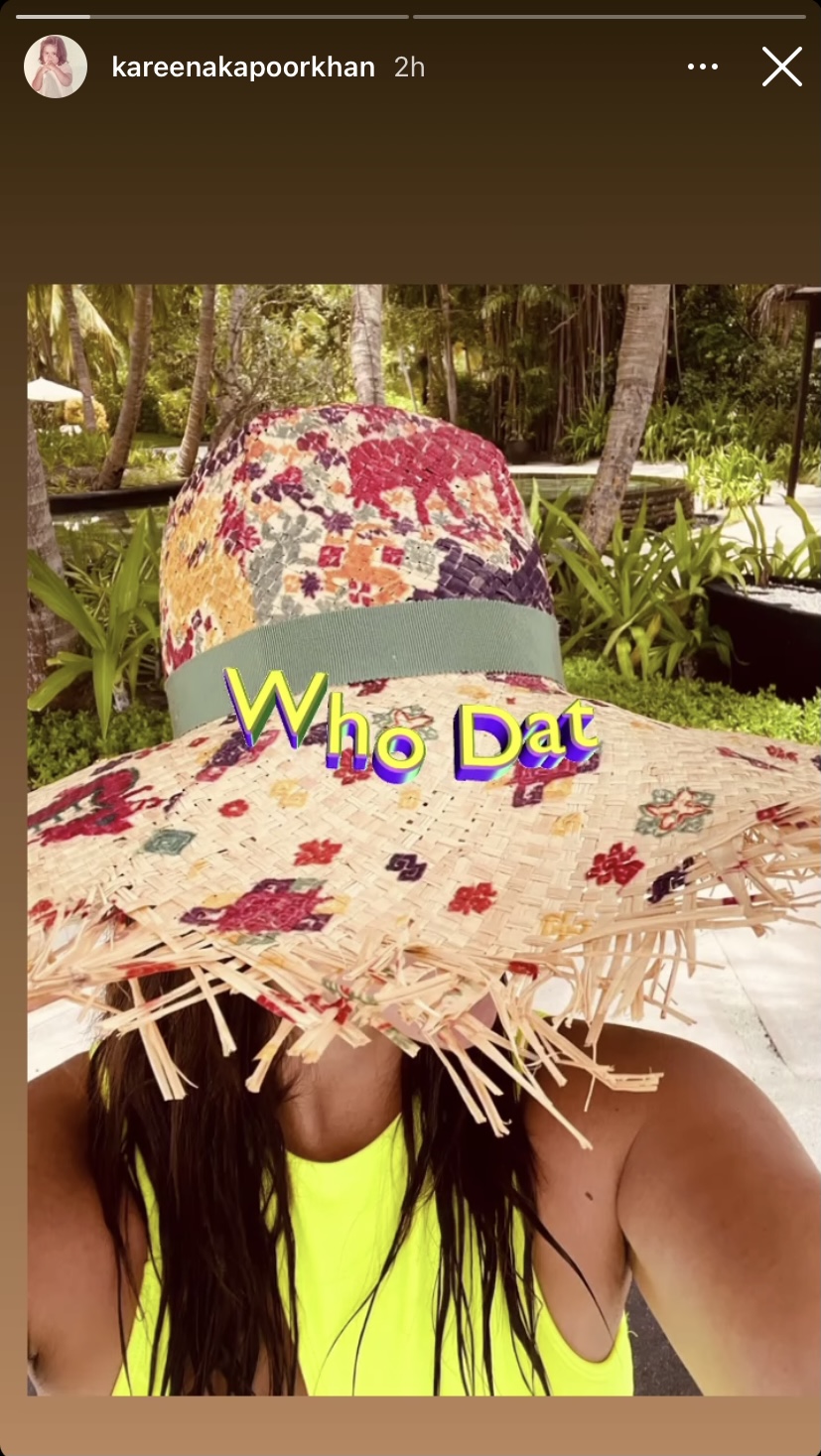 Just a few weeks after their Maldives vacation, power couple Kareena Kapoor and Saif Ali Khan have again jetted off for a holiday with their sons Taimur and Jeh. The actress, who had recently resumed shooting for her film ‘Laal Singh Chaddha’, is off for an exotic vacation by the beaches.

Taking to her Instagram handle on Thursday, Kareena shared sneak-peaks with her fans by sharing pictures on her story. In the first photo, the mother-of-two can be seen sporting a large straw hat that covered most of her face. Bebo added the text, “Who Dat”, to the picture.

The actor shared another picture which she clicked while sitting on a beach lounge chair, capturing a view of the sea, the sand and the lovely blue sky. “Zoom in,” the ‘Jab We Met’ star added, hinting at the barely visible people in the water body

The actor has not yet revealed the name of the beautiful location of her vacation. On Wednesday (September 15), Kareena and Saif were spotted at the airport with their two little munchkins. In a video shared by a paparazzi account, Taimur can be seen running away from the paps to his father.

Earlier in August, the Khan family had gone for a vacation to the Maldives to celebrate Saif’s 51st birthday. Kareena had also shared photos from their vacay which featured Jeh as well.

Talking about ‘Laal Singh Chaddha’, the film also stars actor Aamir Khan with whom Kareena had last shared the screen in the film ‘3 Idiots’. Actor Mona Singh will also be seen in the movie. Adapted by Atul Kulkarni and directed by Advait Chandan, the movie is an official Hindi remake of Robert Zemeckis’ Oscar Award-winning 1994 film ‘Forrest Gump’, that featured Hollywood star Tom Hanks in the lead role. Meanwhile, Saif was recently seen in ‘Bhoot Police’. He will next be seen in ‘Bunty Aur Babli 2’ and ‘Adipurush’.