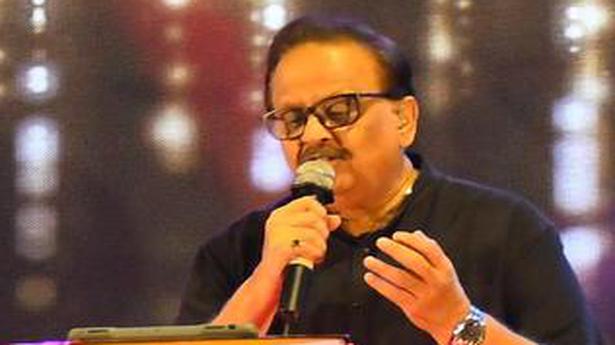 A video of Kamal Haasan paying tribute singer S.P. Balasubrahmanyam, who passed away on Friday.

Actor Kamal Haasan, in an audio-visual message expressed his condolences over the death of veteran singer S.P. Balasubrahmanyam.

In a one-minute video, Mr. Haasan praises Mr. Balasubrahmanyam and thanks him for sharing his voice with him. The video also features clips of both artistes sharing moments together.

“There are very few great artists who receive accolades and fame that fittingly celebrates their talent, during their lifetime. S.P. Balasubrahmanyam was one of them. I had the privilege of having been the image on screen, to several songs that he has sung. In several languages, he has been the voice of four generations of heroes. His legacy will be remembered for seven generations to come,” Mr. Haasan said.

Balasubrahmanyam passed away on Friday afternoon at a private hospital in Chennai.

Mr. Haasan visited the hospital on Thursday evening and met with Mr. Balasubrahmanyam’s family to enquire about the singer’s health.

Popularly known as SPB, Balasubrahmanyam made his singing debut in 1966 with Telugu movie Sri Sri Sri Maryada Ramanna. He has sung over 40,000 songs in as many as 16 languages including Telugu, Tamil, Malayalam, Kannada, and Hindi.

Balasubrahmanyam was the voice-over artist for Mr. Haasan, whenever the latter’s Tamil movies were dubbed in Telugu.

SPB’s last song will be in Rajinikanth’s ‘Annatthe’