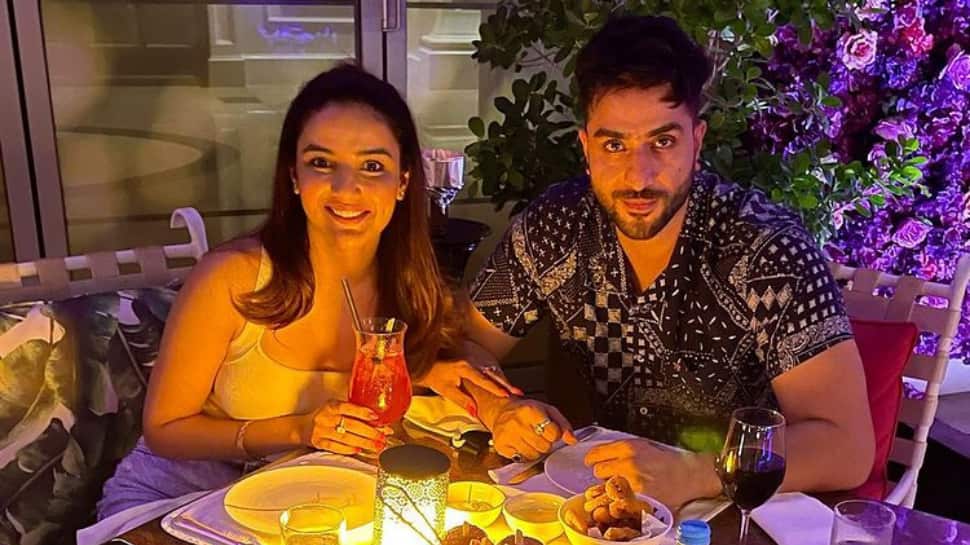 New Delhi: Jasmin Bhasin is missing better times, when one could step out of their homes without worrying about the coronavirus.

The former Bigg Boss 14 contestant shared a throwback photo of herself with boyfriend Aly Goni enjoying a scrumptious dinner date on Instagram on Wednesday (May 5).

The actress captioned her post as, “When we could step out for dinner date #throwback #jasly #youaskedforit”, Aly got all emotional looking at the post and commented with two teary-eyed emojis.

Earlier, Aly revealed that most of his family has tested positive for COVID-19, including his mother, sister and her kids. “My mom, my sister, her kids are fighters — the way they are fighting with this virus, especially my baby munchkins… Allah reham take care,” said the actor in an interview with IANS.

Jasmin Bhasin’s family also had to face their own set of ordeal in these testing COVID times when hospitals are running out of capacity to take in patients. The actress took to Twitter to ask ‘has our system failed us’ after his old father had to run from pillar to post to get medical care for her sick mother.

“Disappointed and heartbroken.Everyday deaths, people on streets trying to find beds and oxygen. My own mother was in the same situation two days back where finding a bed was a task. My old father was running around to find medical care for her, many are going through same,” read Jasmin’s tweet.

Jasmin and Aly, who have been best friends for sometime now, realized their romantic feelings for each other during their stint in Bigg Boss 14 together. After the show, the couple has been spotted multiple times together around the city.

On the work front, the much in-love couple has collaborated together for two music videos – Tony Kakkar’s Tera Suit and Vishal Mishra’s  Tu Bhi Sataya Jayega.