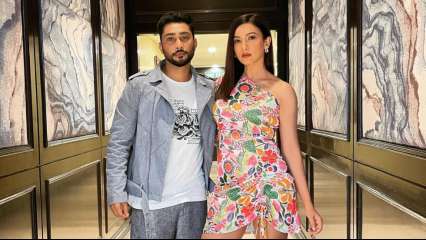 After it was first reported that Gauahar Khan was 12 years older than Zaid Darbar, they were mocked. She admitted that she was furious when the first bogus stories arrived, but that he calmed her down.

During an appearance, on By Invite Only. Zaid said that he followed Gauahar’s lead when it came to dealing with trolls. She added that there were times when she really wanted to ‘blast someone’ but he advised her to let it go.

Gauahar said that she saw headlines that claimed that she was 12 years Zaid’s senior. “Wikipedia has some wrong information. Mine also, his also. Like, there is this movie on my Wikipedia page, Miss India-something, I don’t know anything about that film. The same way, his birth year was written wrong,” she said

Gauahar and Zaid married in December, only five months after he first spotted her at a shop. Later, he slipped into her Instagram DMs.

In Pics: Gauahar Khan and Zaid Darbar enjoy their honeymoon getaway in Moscow

Bigg Boss 14: A Look at Past Winners and their Present Projects