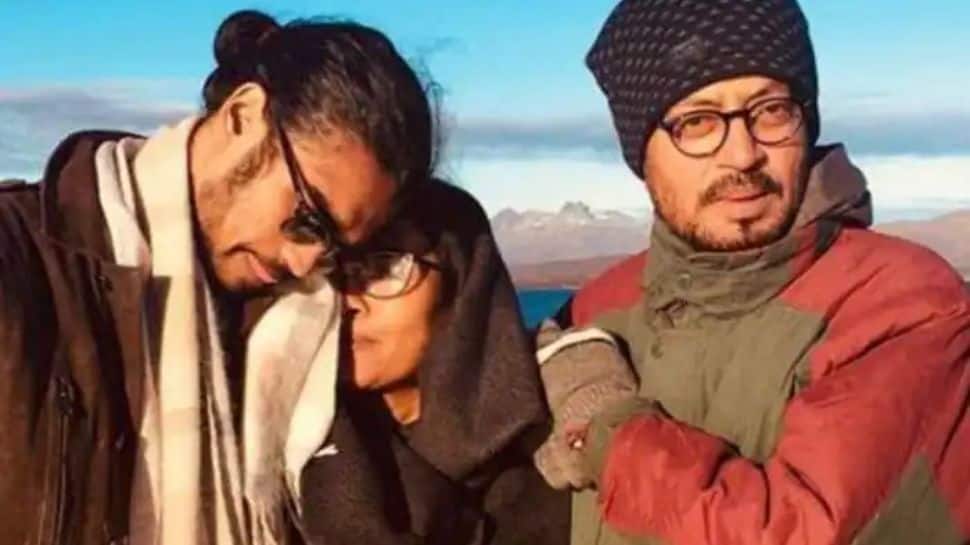 Mumbai: Babil Khan, son of late acclaimed actor Irrfan Khan, has shared a picture of his mother Sutapa Sikdar and penned an emotional note on social media, saying in the closing chapters of their book, he selfishly wants to be the one to take care of her.

On Sunday, Babil posted the picture on Instagram. In the image, his mother is seen dressed in an ivory coloured ensemble as she posed for the camera.

Babil captioned the image: “The one and only. My only one. I’m so temperamental, I regret. She’s there for me, you know? The only one. No one gives a f**** about me, truly, except my mumma. I love you so much, I’m sorry for the pain. In the closing chapters of our book; selfishly, I want to be the one to take care of you.”

Sutapa and Irrfan got married in 1995.

Irrfan had been diagnosed with neuroendocrine cancer in 2018. He passed away in Mumbai’s Kokilaben Dhirubhai Ambani Hospital on April 29, 2020.

Babil is all set to make his acting debut with “Qala”, produced by Anushka Sharma.

He has wrapped up his first shooting schedule. The film also stars ‘Bulbbul’ actress Triptii Dimri.